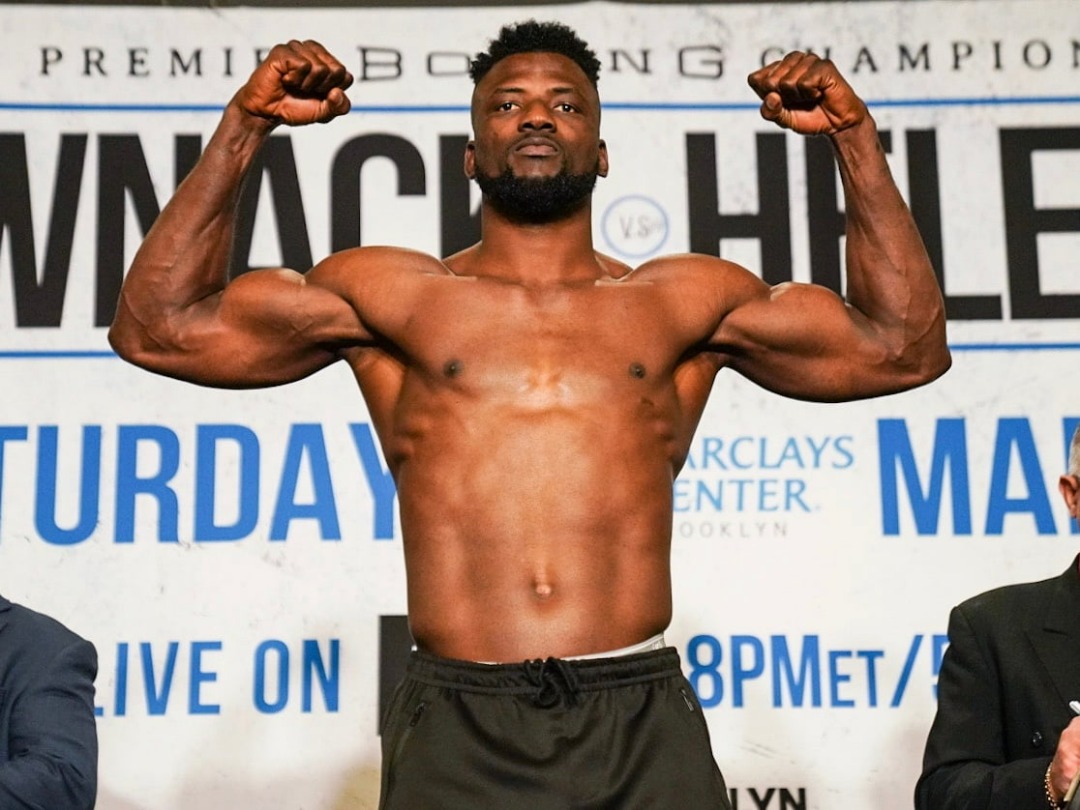 In the early hours of Sunday morning, Nigerian boxer Efe Ajagba defeated previously unbeaten Stephan Shaw, doing better than the last time he faced off against a puncher-boxer.

In the main event battle at the Turning Stone Resort Casino in Verona, New York, Nigeria’s Ajagba was the aggressor for virtually all 10 rounds, while Shaw appeared reluctant to engage with the hard-hitting heavyweight contender.

Nigeria’s Ajagba (17-1, 13 KOs), a 2016 Olympian, won a second straight fight since Sanchez beat him. Cuba’s Sanchez (21-0, 14 KOs) dropped Ajagba in the seventh round and comfortably out-pointed him on all three scorecards in a 10-rounder that was part of the Tyson Fury-Deontay Wilder undercard in October 2021 at T-Mobile Arena in Las Vegas.

Ajagba underwent surgery on both elbows following his loss to Sanchez. Healthier and more confident, he promised he would box better against Shaw than he did versus Sanchez.

St. Louis’ Shaw, meanwhile, was unable to capitalise on the biggest opportunity of his nine-year professional career.

Without hesitation, Shaw (18-1, 13 KOs, 1 NC) took this fight against Ajagba on less than one month’s notice. Ajagba was supposed to fight Colombian contender Oscar Rivas (28-1, 19 KOs), but Rivas suffered a detached retina while training last month.

Related Topics:Efe Ajagba
Up Next