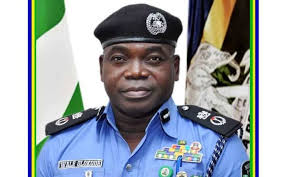 Mr Olawale Olokode, the Commissioner of Police in Osun, has sought for the support of the public to tackle rising cases of child molestation in the state.

Olokode made the appeal in a statement issued on Tuesday in Osogbo by the spokesman of the command, SP Yemisi Opalola.

He condemned in totality, the tide of child molestation in the state and warned that the police would go after the perpetrators.

“It would be noted that, in recent times, there are reports of child sexual harassment in some parts of the state and as such, the police in the state will not fold its hands and allow these misguided elements continue abusing our children.”

Olokode appealed to the general public to provide useful information that will enable the command nip in the bud such nefarious acts before they occur.

The commissioner said that the police would continue to work with other security agencies to maintain law and order, and tackle all forms of crimes in the state.

Meanwhile, the police commissioner has ordered Area Commanders, Divisional Police Officers and Tactical Commanders to embark on intensive operations and intelligence led policing to tackle criminals in the state.

He admonished politicians to play the game according to the rules and urged residents to provide the police with actionable information to tackle any potential security threat in the state.

Related Topics:Osun state
Up Next

2023: Tinubu, Atiku, Others To Feature In Keffi Polo Tournament- Wadada