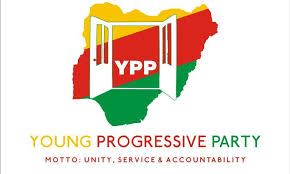 He said in a statement issued at Awka on Tuesday by his media aide, Mr Anthony Oboroah that the basin had suffered lack of attention over the years.

The neglect, he noted, had resulted in hardship for the people of Ayamlem Local Government Area of Anambra where it is sited.

Okoye noted also that re-energising the river basin would boost the standard of living of the people and encourage all-seasons agricultural production as people of the area are predominantly farmers.

The YPP senatorial candidate said the Federal Government’s action was in line with his people-oriented plan of installing developmental projects to enhance peoples’ economic growth.

He appealed to the electorate to be prepared to discharge their civic responsibilities to sustain the good work of the Federal Government in the area.

“The electorate needs to identify with credible electoral processes so as to produce practical leaders with a view to saving the country from total collapse,’’ he said.

Okoye promised that his tenure would be characterised by inclusivity and accessibility if elected as senator in 2023.

He said he would also uphold equity, accountability and transparency in the course of his assignment as a federal legislator to give his constituents a new face of representation.

Okoye also assured that he would work toward attracting Federal Government’s projects and programmes to his senatorial zone.

He said he would lobby for work to start on the dilapidated Onitsha-Otoacho-Igbakwu-Adani federal road and to ensure its dualisation to grow commercial activities in the area.

Okoye appealed to the electorate to vote massively for YPP candidates so as to correct the ills bedevilling the country.