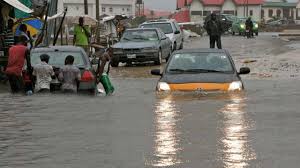 The Lekki Estates Residents and Stakeholders Association (LERSA) has appealed to the Lagos State Government to  provide better infrastructure to address flooding and other environmental challenges affecting the Lekki corridor.

LERSA is the body that covers over 80 estates, corporate organisations and businesses from 1004 to Epe axis of the Lagos metropolis.

LERSA President, Olorogun James Emadoye, in a communique on Wednesday, said that the current state of infrastructure was inadequate to accommodate the calibre and amount of businesses, lives and properties at the axis.

Emadoye stressed the need for the detailed plans of the state on shoreline protection by Okunde Bluewater Zone by the Lagos Court of Arbitration, Lekki Phase 1 (ocean side), as both lives and properties were under serious threat from ocean surge.

According to him, water was beginning to rise above the boulders and getting to car windows whenever the sea level rises; which were early warning signs that must not be ignored.

He stated that activities that further exacerbate an already bad situation such as sea/lagoon dredging and land reclamation in other parts of the island needed to be highly regulated.

Emadoye also urged government to adopt measures that would tackle flooding with focus on maintaining navigable distance between one island and the other, and avoid blocking discharge points into the lagoon via Chevron drive.

He called for the review of existing and potential impact of the proposed regional road, to achieve a functional circulation within the Lekki sub-region with regards to the ongoing regional road construction.

Emadoye also stressed the need to look at indiscriminate marking on structures, sealing and padlocking of premises.

He reiterated the association’s commitment to continue to partner with the state government for the mutual development of the state and the Lekki, Eti Osa area.

This, he explained, was also in line with several goals to drive environmental sustainability by the Sustainable Development Goals (SDGs).

Salako noted that in the past six years, the state had done over 10 master plans on environment, with that of the Lekki corridor undergoing review.

The commisssioner said that the review of the Lekki master plan would be done every five years, for the sporadic growth of the state towards the Lekki subregion.

“Future imperatives for the area include preparation of the Ibeju Lekki model city plan, realignment of the Lekki coastal, regional roads, and reposition of critical infrastructure in workable locations,” he said.

Salako charged Lekki residents to be more informed, involved and play their roles in ensuring the success of the master plan.

FRSC Hands Over Cash To Families Of Accident Victims In Ogun