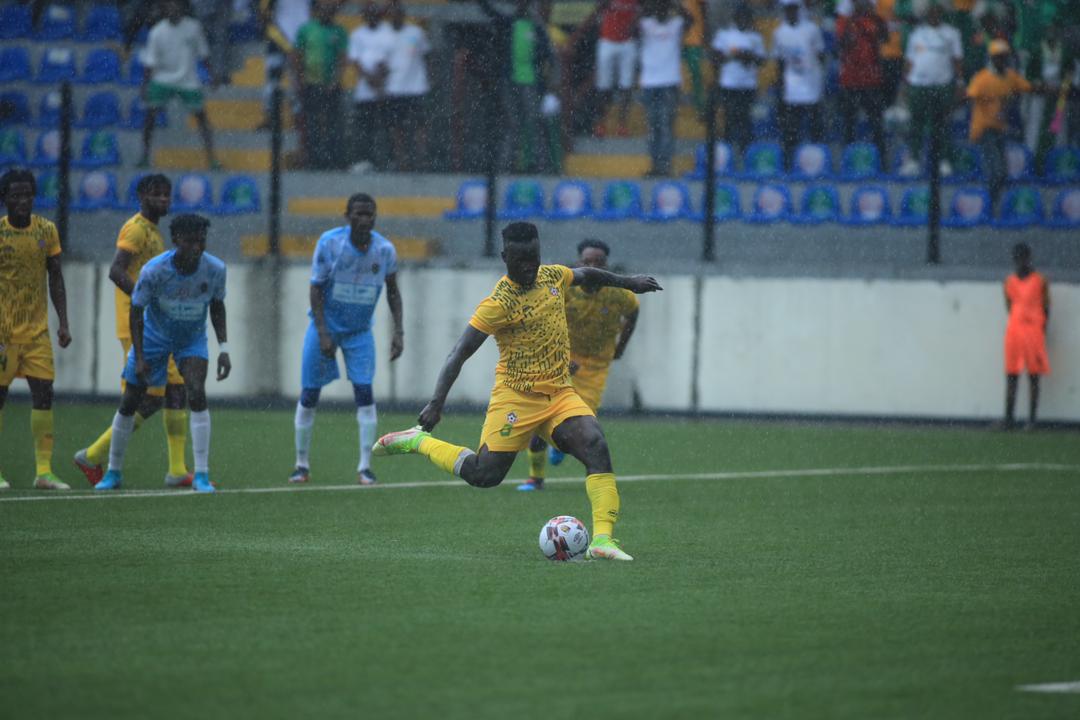 Kwara United were at their best as they defeated AS Douanes of Niger Republic 3-0 in the first leg of their CAF Confederation Cup clash at the Mobolaji Johnson Arena, Lagos, on Sunday night.

The Ilorin club scored all three goals in the first half of the encounter.

Paul Samson opened scoring for the home team as early as the fifth minute.

Prolific forward, Wasiu Jimoh doubled the advantage from the penalty spot in the 17th minute.

Jimoh then added the third goal late in the first half.

The return leg is billed for Niamey next weekend.