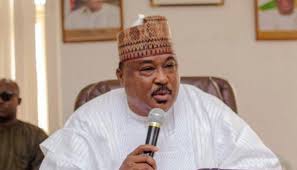 Kwara Deputy Governor Kayode Alabi has described the death of his Chief Detail, Kehinde Obafemi, as a rude shock.

This is contained in a statement issued on Tuesday in Ilorin by Mrs Modupe Joel, Chief Press Secretary to the deputy governor.

According to the statement, Obafemi succumbed on Sunday, Oct.30 during a brief illness.

“Alabi prayed that God will grant the soul of the late Obafemi eternal rest and give his family, friends and associates the courage to bear the loss”,  the deputy governor was quoted as saying.

FG Distributes Relief Items To Victims Of Windstorm In Abia