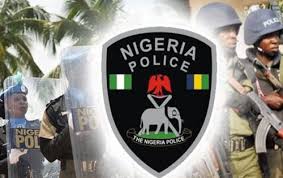 A 32-year-old painter, Kazeem Oloyede was on Thursday arraigned before an Ikeja Magistrates’ Court for allegedly stealing phone worth N20,000.

The defendant, who resides at 36, Orile Agege St., Agege, Lagos, is being tried for conspiracy and stealing.

The prosecutor, Insp Funmilayo Akinleye told the court that the offences were committed on June 24 at Ashipa Junction, Agege, Lagos.

He said that the defendant and others now at large, allegedly waylaid the complainant, Mr Vincent Ajongbile on his way home and forcefully took his mobile phone, valued 20,000.

The offences, according to the prosecutor contravened Sections 287 and 411 of the Criminal Laws of Lagos State, 2015.

The defendant, however, pleaded not guilty to the charges.

The Magistrate, Mrs O. O Fajana granted the defendant bail in the sum of N10,000 with two sureties in like sum.

Fajana adjourned the case till Sept. 28, for mention.