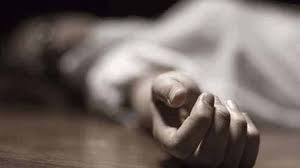 David allegedly committed suicide while in the custody of the Nigeria Security and Civil Defence Corps, NSCDC, in Birnin Kebbi.

However, the NSCDC has refuted the allegation, which was widely circulated in the state capital yesterday.

The NSCDC spokesperson, Akeem Adeyemi, described the incident as unfortunate.

He said David’s abnormal behaviour had forced his aunty, Mrs Augustina Galadima, who lives in the Gangare Hostel, in Badariya, Birnin Kebbi metropolis, to seek the help of an NSCDC officer, who allegedly took him to the corps’ office for safety.

He warned the general public about the dangers of spreading rumours while advising them to always verify things before sharing with others.

Newsmen gathered that before he carried out the act, late Musa was suspected to have taken some substances, suspected to be hard drugs.

His corpse had since been handed over to his relatives for burial.