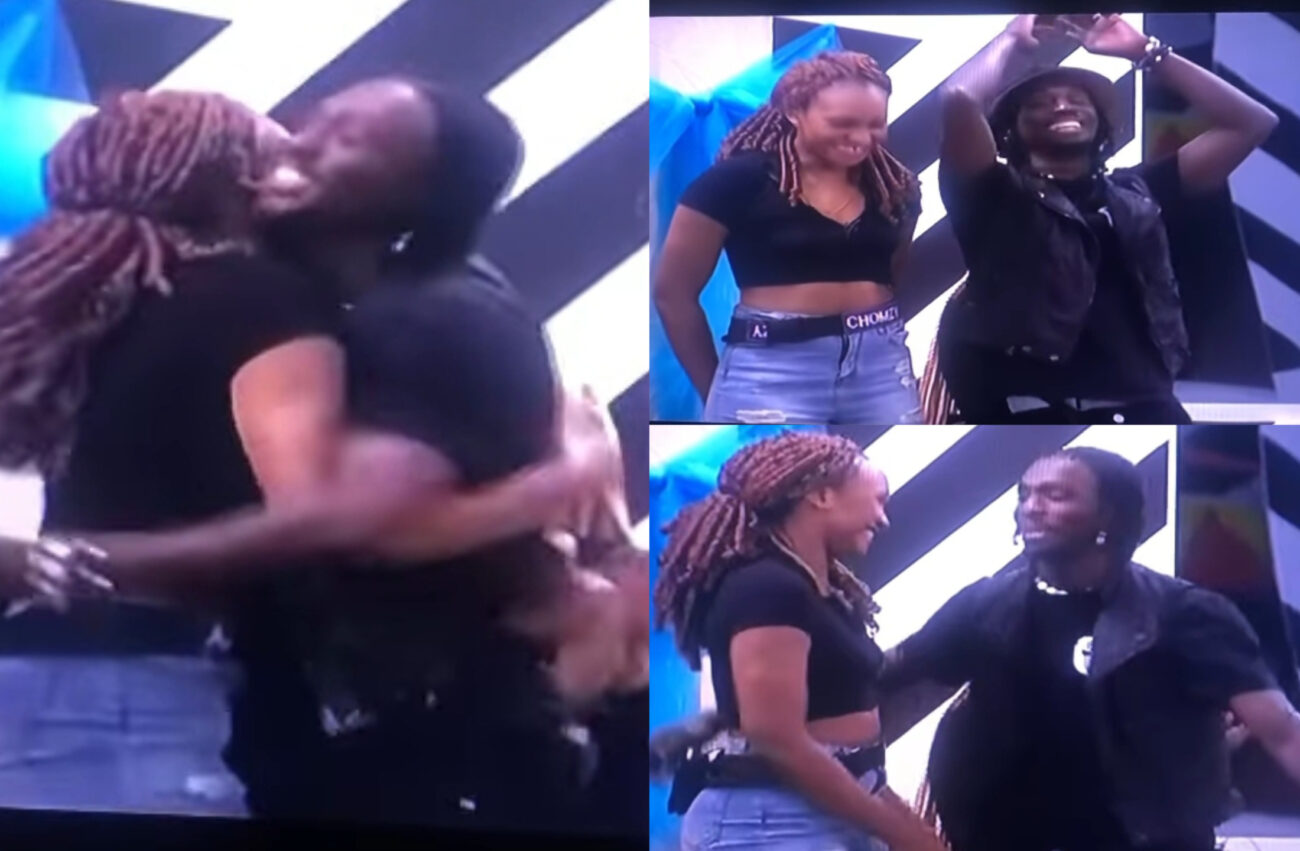 Fans of Big Brother Naija’s ‘Level Up’ housemate, Chomzy, are ecstatic as their favourite emerges as Head of House.

Chomzy is now the first female HOH for Season 7.

The light-skinned housemate was in tough competition with Bella.

Luckily for her, Bella made a mistake which allowed her to lead the house for the next week.

Bringing back the old HOH system, Chomzy gets to enjoy the exquisite HOH bedroom as the new HOH.

She also gets immunity from this week’s nomination.

Chomzy selected Eloswag as her roommate and assistant. He also enjoys immunity from this week’s nomination.

Last week, Eloswag took the Head of House crown and the perks that came with it for the second time.

Eloswag was the Head of the House for the second time this season. The housemate beat Hermes and Bryann in the guessing game involving counting broomsticks.

Like in previous games, there were perks for the head and tail of the house. Top on the list for the HoH was immunity for himself and his level.

Level one house maintained tops at the HoH games.

The house’s winning streak had ensured its housemates stayed in the house at the detriment of the level two house with the loss of five housemates.

Eloswag, whose real name is Paul Eloka Nwamu, during their first week in the house, also emerged victorious as he won the two tasks Biggie gave them.

TopNews Naija recalls Eloswag and Chomzy had reconciled hours after their nasty fight.

TopNews Naija reported that things heated up in Big Brother Naija’s ‘Level Up’ Islander’s house as housemates got into a scuffle.

The male housemates clashed over their supposed love interest for the first time since the season began.

Ex-Head of House, Eloswag got into a heated argument with fellow housemates, Chomzy and Chi-Chi.

The two constantly talked about Eloswag and Phyna’s intimate kissing during the first Saturday night party.

Eloswag, irritated with the constant talks, warned them to stop discussing the subject matter.

Chomzy and Chi-Chi, unbothered with his feelings, lashed out at him.

Bella, in defence of her friends, waded into the issue and attacked Eloswag.

The issue escalated from there as Eloswag took offence.

Eloswag warned them to stay away from the matter, and Bella lashed out at him.

Sheggz jumped in, and rather than try to calm the situation; he took to his babe’s side.

He questioned why Eloswag would respond to Bella’s dares.

Surprisingly, after their fight, Eloswag was seen in bed with Chomzy.

The two made up for the fight as they appeared to kiss and cuddle each other.