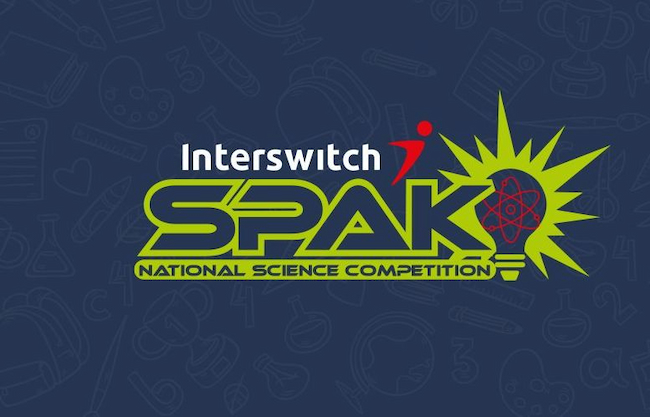 Just when you think the InterswitchSPAK National Science Competition couldn’t be get any more intense, another episode drops and you find yourself at the edge of your seat, counting your fingers and punching your fists in the air as the contestants jostle for their share of the N12.5million scholarship prize up for grabs.

The last nine weeks have been a rollercoaster of emotions, as the 81 contestants readily displayed their mental acuity and adeptness in the race to the semi-finals and ultimately, the finals of the annual national science competition.

This season’s episodes have so far showcased a stream of brilliant, young, secondary-school-age Nigerian students, who have shared with us their dreams and aspirations to create a change – not only in their immediate communities but continent-wide.

This outlook underpins the mission of the Interswitch competition: discovering and rewarding young, brilliant Africans who are positioned to change the African story through the tremendous opportunities offered by Science, Technology, Engineering, and Mathematics (STEM).

While the preliminaries left us at the edge of our seats as 81 students slugged it out for a spot in the semi-finals which features only 27 contestants; the semi-finals have taken things a notch higher, proving to be exciting and thrilling as always.

This year’s race to the top is quite heated, as the first batch of the semi-finalists appear to come prepared to take the crown. It is also pleasant to see more ladies representing their schools, and contending as formidable forces. One of such girls, Precious Akinyemi of Rhema Chapel International School, Oyo State has caught the attention of many, earning herself a fond nickname – “small but mighty”.

Precious happens to be among the first female contestants to qualify for the finals, alongside another passionate contestant, Orevaoghene Whiskey of Top Faith International School, Akwa Ibom State. Coming behind are other ladies such as Marvellous Onohwakpor and Chinelolum Okpoko, both from Faith Academy Canaan Land, Ota, Ogun State, among others.

Read Also: Oil price declines to $79.32 as US rate increases

With two more semi-final episodes to go, viewers can expect nothing short of brilliance, as the contestants go toe-to-toe with each other, vying for a spot in the finals. Episode 10 was only a glimpse into the intensity that awaits viewers as the show progresses.

Frantic gestures, tense muscles, doubts, lots of passes (skips), head scratching, among other interesting events will feature in subsequent episodes of the semi-finals in the quest to the final episode.

InterswitchSPAK, the flagship CSR initiative of Africa’s leading integrated payments and digital commerce company, Interswitch, remains a platform consistent in its message of changing the African narrative using African locals. And one of such ways to do so, it believes, is to provide valuable resources that will guide the young talents along on their journey.

Last season, Jubril Dokun of Brainfield College won the grand prize of N7.5 million and emerged among the top ten JAMB scorers in the 2021 Unified Tertiary Matriculation Examination (UTME), scoring 354. Also on that list were two other contestants including Adebayo Eyimofe, a semi-finalist in the third season, who had the highest score nationally with 362; and Ayo Olumide-Attah of St. Francis Catholic Secondary School, with a score of 355.

According to Adesayo Elumaro of The Ambassadors College, Ota, Ogun State, “Humankind has a future in the stars”, a lofty dream that can only be realized through enabling platforms such as the InterswitchSPAK National Science Competition that serve as springboards toward the stars.

Viewers can catch all the action on DSTV Africa Magic Family 154 on Sundays at 5:30 pm, with repeat broadcasts on Wednesdays at 3pm; and on the AIT Network at 7.30pm on Sundays. In addition, the show is streamed on Linkedin and YouTube.

Not only was the show designed to reward the interest of these students in STEM, but viewers also stand the chance to be rewarded for watching and participating. To be eligible to win N10,000, just download the Quickteller app and answer the weekly questions that pop on the screen while the show is aired. Do not miss any of the action.