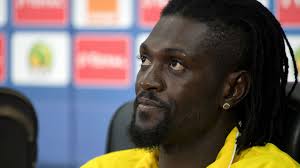 England will face Iran on Monday afternoon, while Senegal will clash with the Netherlands in the evening.

The kick-off time for England vs Iran is 2 pm, while that of Senegal vs Netherlands is 5 pm.

Providing his predictions, Adebayor, a former Real Madrid and Tottenham Hotspur star, told Telecomasia: “The English team in Qatar will have to play better and better than in the 2022/23 UEFA Nations League.

“However, there is every reason to believe that the higher level of England will do the trick and the Lions will win.”

Commenting on the Senegal vs Netherlands game, the Togolese said, “Without Mane and Depay, the offensive potential of both teams is noticeably reduced, which will probably lead to a decrease in performance.

“So there is no need to wait for an easy life for the “orange”. I expect a tough fight in which Senegal will win.”