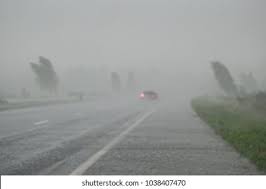 No fewer than 330 houses were destroyed and three persons killed by the recent rainstorm in seven local government areas of Katsina State.

The Spokesman of the State Emergency Management Agency (SEMA), Mr Umar Muhammad disclosed this in an interview  on Monday in Katsina.

He said that 176 houses were destroyed and three persons lost their lives in the disaster in Kankara while 154 houses destroyed in Ingawa.

He listed the five other areas to include Musawa, Kusada, Sabuwa, Batsari and Batagarawa, adding that the agency was conducting damage assessment exercise in the affected communities.

Umar said the state government was working towards assisting the affected population.

“The state government is making arrangements to provide the affected people with financial support to reduce their hardship.

“We are reporting the disaster to the National Emergency Management Agency (NEMA), and also the Presidential committee on flood.

“The state government is doing everything possible to prevent further flooding in the state due to the rainstorm by providing and repairing drains ” he said.

According to him, the state government has set up a committee on emergency response to prevent the outbreak of cholera as a result of the flood, and provide immediate support to the victims of the disaster.

Related Topics:Kastina State
Up Next