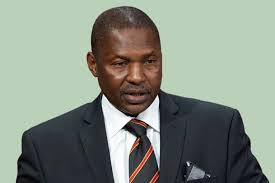 The Federal Government is working to ensure that the country’s Intellectual Property (IP) law and administration are in line with current realities.

The Attorney-General of the Federation and Minister of Justice, Abubakar Malami, SAN, made this known on Tuesday at the opening of the Multi-Stakeholders Workshop for the Validation of the Draft National IP Policy and Strategy in Abuja.

The workshop was organised by the Nigerian Copyright Commission and other relevant stakeholders, in collaboration with the World Intellectual Property Organisation (WIPO) to further deliberate on the draft policy document.

The minister, who was represented by the Permanent Secretary and Solicitor-General, Ministry of Justice, Mrs Beatrice Jedy-Agba, said that the policy was imperative to the development of all sectors of the nation’s economy.

“This is a significant development for Nigeria as this is the first time Nigeria is taking deliberate steps to put in place a framework to guide the orderly development of its intellectual property system.

“It is also an opportunity to define a path, in line with global standards, for unlocking and harnessing the country’s rich endowments in the areas of innovation and creativity,’’ Malami said.

He said the federal government acknowledges the need for a separate policy on intellectual property based on the conviction that the future of our economy will be decisively influenced by technology and the creative industry”.

“The draft that is being considered today is an inclusive, organic and comprehensive blueprint on the protection, administration, use and promotion of intellectual property.’’

The minister recalled that in the last three decades, Nigeria had continued to witness exponential growth of its creative and innovative sectors.

“Early in the life of this administration, we had recognised the importance of innovation and creativity in empowerment of citizens for wealth creation and national economic development.

“In furtherance of this, the administration has developed various intervention programmes and devoted significant resources to expand the sector as part of a broader development agenda.

“For instance, much has been done to empower young men and women in the areas of emerging technology, innovation, creativity, entertainment and fashion,’’ Malami said.

He said that some of the direct financial interventions introduced were Project Act Nollywood to grow the production and distribution capacity in the film industry.

The Senior Counselor of WIPO, Ms Loretta Asiedu, said that from time immemorial, humanity had relied on innovation to solve most of life’s challenges, be it either in healthcare, food security, or environmental safety.

According to Asiedu, the intellectual property system exists to create some guarantees for the invested sweat and toil of all those innovators and creators of these solutions.

“In this regard, Nigeria is a population of over 218 million, the largest population in Africa accounting for about half of West Africa’s population.

“`With a median age of 18.1, the huge creative and innovative potential existing even amongst the youth demographic in Nigeria cannot be overemphasised,’’ she said.

The Director-General of the Nigerian Copyright Commission, Dr John Asein, said that the new National IP policy and strategy ,,was aimed at modernising the entire IP system in Nigeria.

Asein said that it would also serve as a catalyst for the needed reforms in all aspects of intellectual property law and administration.

According to him, this will include the Trade Marks Act, the Patents and Designs Act as well as the Merchandise Marks Act, all of which require comprehensive review.