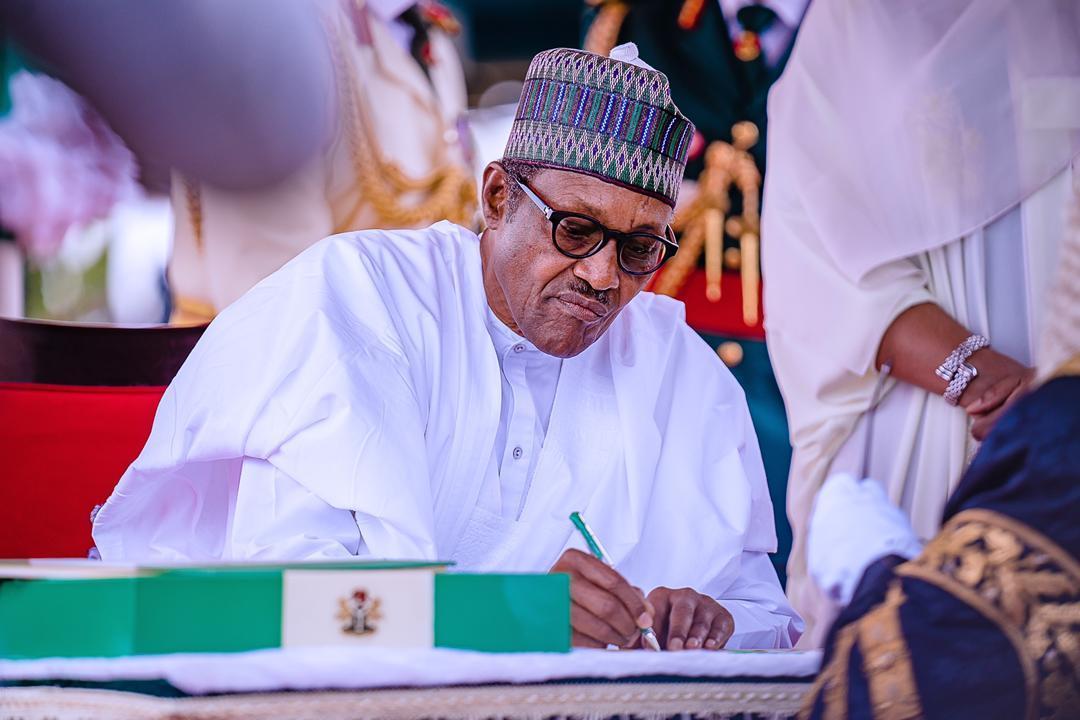 President Muhammadu Buhari during his visit to Imo State to commission some projects  by Governor Hope Uzodimma’s administration, blamed his predecessors for the bad situation the country find itself despite having resources in abundance to build the nation.

The President  described Boko Haram terrorists as “fraudulent people” who have been overwhelmed by his administration since 2015.

The President blamed the elite for not thinking deeply about Nigeria, adding that while his administration has done “extremely well,” those who are supposed to applaud his administration’s accomplishments have refused to speak out.

He also claimed that despite making a fortune from crude oil, his predecessors failed to invest in the country’s infrastructure.

“To be frank with you, I blame the Nigerian elite for not thinking hard about our country,” the President commented.

“Between 1999 and 2015 when we came in, I will like people to check the Central Bank and the NNPC, the average production was 2.1million bpd. Nigeria was earning at this time 2.1million times but look at the state of infrastructure, look at the road…look at the railway, it was virtually killed. Power, we are still struggling.

Read Also: Elections2023: ‘I Will Wage War Against Hunger If Elected Into Power’- Atiku

He went on to say that before he took office in May 2015, Boko Haram terrorists controlled local governments in Borno State, but that has since changed.

“Look at the problem in the North-East, check with anybody from Borno or Adamawa, how many local governments were in the hands of the government and how many were in the hands of Boko Haram? Fraudulent people, whoever they are, are fraudulent! But now, go and ask the hardworking governor of Borno State, a very hardworking governor. Federal Government is in charge now.

“In terms of time and resources, this administration has done extremely well. I have to say it because those who are supposed to say are not saying it. I don’t know why,” the President said.

Nigeria’s insurgency war has lasted approximately 13 years. The insurgents have kidnapped hundreds of schoolchildren and other vulnerable people. Bomb blasts carried out by the Boko Haram terror group, whose faction, the Islamic State in West Africa Province, has recently launched ferocious attacks, have also claimed lives.