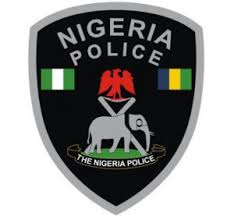 Commissioner of Police in Osun, Mr Faleye Olaleye, held a meeting with non-Yoruba people in the state on Tuesday to chart a way for peaceful co-existence with  their host communities.

Police spokesperson in Osun, SP Yemisi Opalola, stated on Wednesday in Osogbo that Olaleye stressed the need for tolerance and love between indigenes and non-indigenes, irrespective of religion, creed or ethnicity.

He said at the meeting that all faiths preached love and tolerance, after all.

She noted that the police commissioner excitedly observed that the non-indigenes spoke Yoruba fluently and encouraged them to continue to maintain the peaceful co-existence.

She added that Olaleye warned that the police would not be friendly to anyone or group that engaged in violence or crime, however.

Opalola stated also that the police commissioner said he would organise a get-together where all the groups would make merry while displaying their cultures, cuisines and attires.

This, he said, would cement the notion that Nigerians are one and indivisible family.

She quoted Olaleye as saying at the meeting that: “`we are one Nigeria; one family; brothers and sisters. God knows why He joined us together.’’

Olaleye also said that the meeting became imperative at this time when Nigeria’s unity was being threatened by some selfish people.

The commissioner assured all of an open-door policy, while promising his full support and assistance where and when necessary as long as the people remained law-abiding.

Speaking about farmers-herders clashes, he advised both parties to always settle cases amicably.

He noted that no farmer would be happy to see his or her crops and labour, sometimes financed with bank loans, destroyed by cattle.

He admonished that farmers and herders should reach agreements on settlements, but where cases could not be settled amicably, such cases should be taken to the police rather than engaging in jungle justice.

Olaleye enjoined indigenes and non-indigenes to cooperate with the police to ensure that Osun becomes a “sanctuary’’ and a “no-go area’’ for unscrupulous elements.