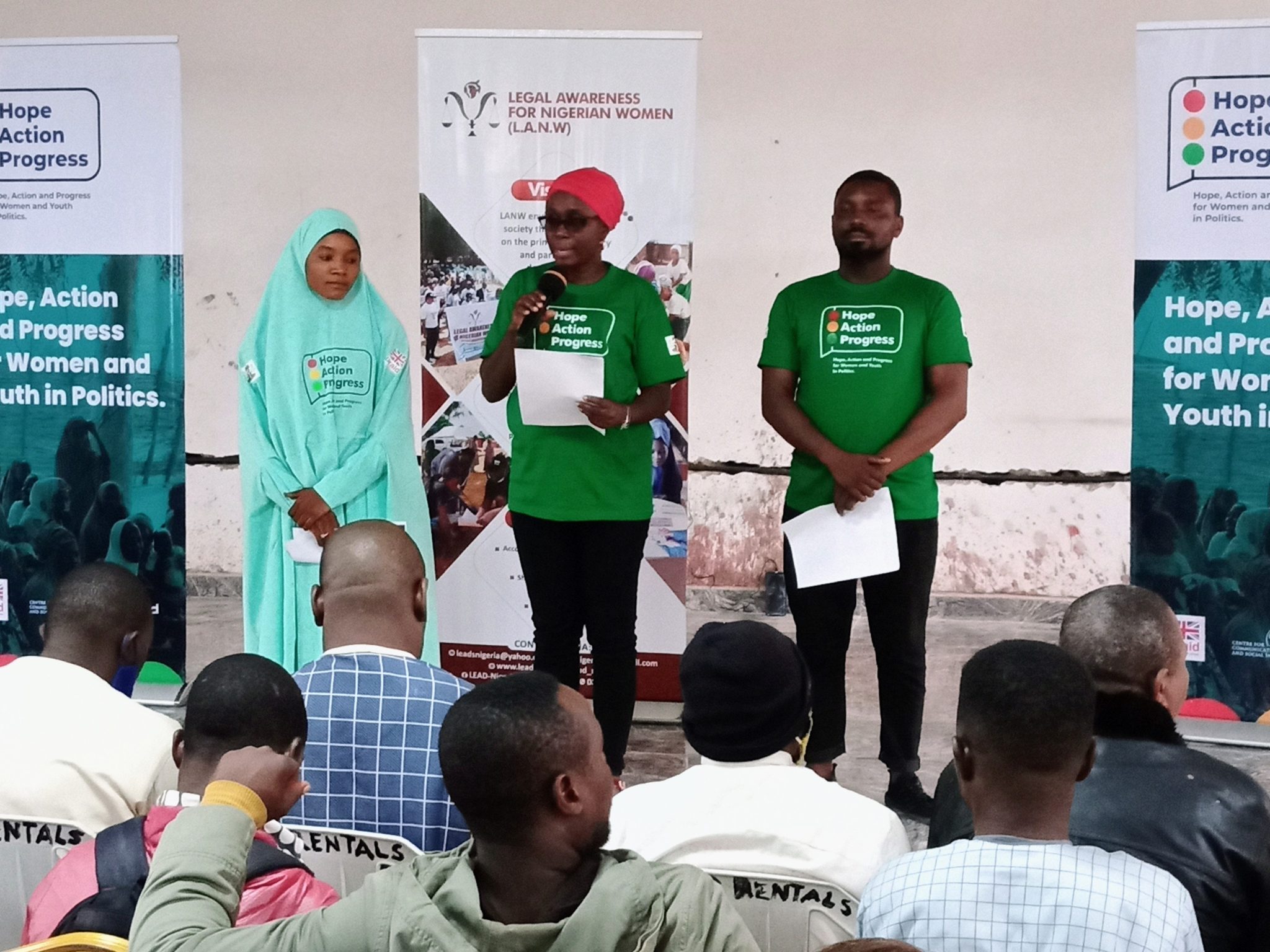 Youths under the aegis of We-YOU project in Kaduna State, on Monday, demanded for 30 per cent appointive positions in the new government that would be formed after the 2023 General Elections.

Mr Daniel Bagai, a mentee of the Hope Action and Progress for Women and Youths in Politics, under the We-You project, made the demand in Kaduna, at a news conference.

The event was organized to commemorate the 2022 International Youth Day.

Topnewsnaija reports that the We-YOU project is being implemented by Legal Awareness for Nigerian Women (LANW) in collaboration with the Centre for Communication and Social Impact.

The project, with support from Action Aid and the United Kingdom’s Foreign, Commonwealth and Development Office, seeks to contribute to an inclusive and responsive democratic process in Nigeria

Bagai, who read the demand charter on behalf of the youths group at the conference, explained that the 30 per cent demand was to ensure active youth participation in the political and governance process.

“Candidates who win elections in the 2023 General Elections should consider at least 30 per cent of youths for appointive positions in their cabinet.

“Also, political parties should review their policies to be youth friendly in terms of leadership positions, increase youth participation in party politics and prepare them for elective offices.

“The Kaduna State Government should put into place a system that nurtures the youth and ensures their robust development to grow into leadership roles in the society.

“The state government should also consider investing in the entertainment industry of the state by supporting talented youths hoping for a breakthrough in the industry,” he said.

Bagai called on the state government to tailor deliberate opportunities like loans, appointments, admissions and scholarships to youth and women.

He urged political parties and politicians not to entice youth with drugs to serve as political thugs and advised party candidates to comply with laid down regulations and not play dirty.

The youth leader also called on the Independent Electoral Commission (INEC) and its electoral officers to adhere strictly to the provisions of the Electoral Act in the conduct of the 2023 elections and make every vote count.

He called for non-interference of the Executive in the electoral process and urged INEC to ensure that persons living with disabilities were given all appropriate support to cast their votes.

The mentee further called on the Federal Government to increase investment in technology and prioritise the promotion of Small and Medium Enterprises, targeting the youths.

“We are also calling on the federal government to review the country’s education curriculum to meet current skills demand in the labour market,” he added.

Another mentee, Ms Jamila Muhammad, pointed out the low representation of the youth in party structure and elective positions.

Mohammed blamed the development on lack of deliberate action to ensure that reasonable number of youths and women were mainstreamed into political party structure and empowered to contest elective positions.

She also identified other issues impeding active women and youth participation in politics in the state to include ignorance and poor access to information, poor education and godfatherism.

The We-YOU Project Coordinator in the state, Mrs Hanatu Ahuwan, said that the objective of the project was to mobilise young people and women for campaigns toward translating citizens’ demands into policy actions.

Ahuwan added that the project was also designed to engender an inclusive decision-making political process that reflects the priorities of young people and women.

She equally said the project was to strengthen the capacities of young people and women on campaign strategies, policy, and influence towards taking leadership positions to drive positive change.

According to her, the theme of the 2022 IYD, “Intergenerational Solidarity: Creating a World for All Ages” was timely, as Nigeria prepared for the 2023 general elections.

“The outcome of the primary elections held a few months back further emphasised the need for bridging the intergenerational gap within the political space, especially where women and youth are concerned.

“Young people and women contribute immensely to all facets of life, yet their efforts are not recognised as reflected in their poor representation in decision-making processes,” she said.

Related Topics:Election 2023Kaduna
Up Next