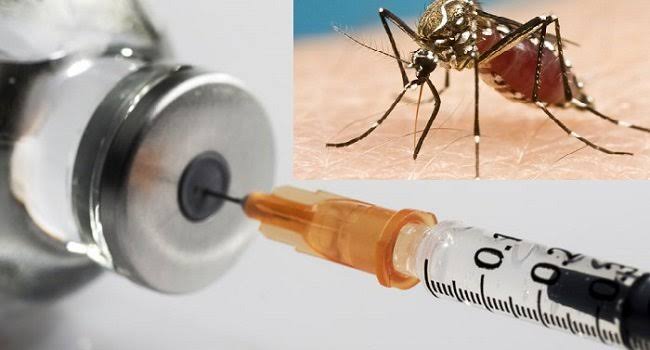 United Nations Children’s Fund (UNICEF) has awarded a contract for the first ever supply of a malaria vaccine to GSK with a value of up to 170 million dollars.

GSK plc, formerly GlaxoSmithKline plc, is a British multinational pharmaceutical and biotechnology company with global headquarters in London, England. Established in 2000 by a merger of Glaxo Wellcome and SmithKline Beecham.

UNICEF in a statement issued from New York on Tuesday said the landmark award would lead to 18 million doses of RTS,S/AS01 (RTS,S) being available over the next three years, potentially saving thousands of lives every year.

In 2020, nearly half a million children died from malaria in Africa alone, a rate of one child death per minute.

Etleva Kadilli, Director of UNICEF’s Supply Division said the vaccine rollout would give a clear message to malaria vaccine developers to continue their work because malaria vaccines are needed and wanted.

“We hope this is just the beginning. Continued innovation is needed to develop new and next-generation vaccines to increase available supply, and enable a healthier vaccine market.

“This is a giant step forward in our collective efforts to save children’s lives and reduce the burden of malaria as part of wider malaria prevention and control programmes.”

According to WHO data, more than 30 countries have areas with moderate to high malaria transmission, where the vaccine could provide added protection against malaria to over 25 million children each year once supply scales up.

The RTS,S malaria vaccine is the result of 35 years of research and development and is the first-ever vaccine against a parasitic disease. The vaccine acts against Plasmodium falciparum, the most deadly malaria parasite globally and the most prevalent in Africa.

In 2019, pilot routine vaccine use was launched in three countries – Ghana, Kenya and Malawi – as part of the Malaria Vaccine Implementation Programme coordinated by WHO.

The experience and evidence generated by the pilots informed WHO’s recommendation in October 2021 for widespread use of the first malaria vaccine in countries with moderate to high P. falciparum malaria transmission.

Soon after, in December 2021, Gavi, the Vaccine Alliance’s decision to provide funding for malaria vaccine programmes in eligible countries opened the pathway for broader roll-out of the vaccine.

“We recently opened the first application window for Gavi support in rolling out the malaria vaccine.

“Thanks to UNICEF’s procurement work, we now have more certainty on supply and can move a step further towards getting this life-saving vaccine to the people who need it the most.

“As manufacturing ramps up over time, we hope that increasing volumes will also lead to more sustainable, lower prices,” Seth Berkley, CEO of Gavi, the Vaccine Alliance, said.

Dr Kate O’Brien, WHO Director of the Department of Immunisation, Vaccines and Biologicals said lives are at stake, every day.

“WHO welcomes the progress to secure supply and timely access to vaccine so that more countries can begin to introduce this additional malaria prevention tool as rapidly as possible.

“Given the initial limited supply, it is crucial that children living in areas where the risk of disease and need is highest are prioritised first.”

This award is the culmination of 18 months of intensive preparation and consultation with industry and partners.

As the largest buyer of vaccines in the world, UNICEF accelerated action to conclude procurement negotiations, to ensure there are no delays in securing available supplies of the malaria vaccine to help protect vulnerable children.

Demand for the malaria vaccine is expected to be high among affected countries. As with any new vaccine, supply will be limited at first and will increase over time as manufacturing capacity ramps up to the level required.

As volumes increase, costs per dose should decrease. Plans are already underway to boost production, including through technology transfer, so that every child at risk will one day have the opportunity to be immunized against this killer disease.

“We must not lose sight of the need to accelerate access to this and future malaria vaccines, and to make the necessary investments in malaria control and immunization services, as well as in research and development.

“Effective malaria and immunization programs are both key to the successful delivery of a malaria vaccine and contribute to stronger health systems overall,” Dr Ashley Birkett, Global Head of Malaria Vaccines and Biologics at PATH, said.

UNICEF supports the regional diversification of vaccine production and encourages GSK and other pipeline manufacturers to consider partnering with companies in Africa as part of this effort.