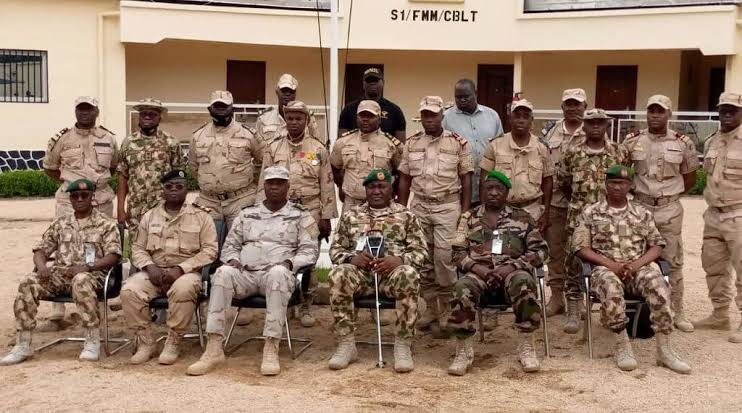 The Chief of Army Staff, Lt.-Gen. Faruk Yahaya, has approved the posting and appointment of some top officers to command, instructional and staff positions across formations and units.

The appointments were announced in a statement issued by the Director, Army Public Relations, Brig.-Gen. Onyema Nwachukwu, on Thursday in Abuja.

Nwachukwu said the new postings and appointments were done in an effort to reposition the army for operational efficiency.

He said the General Officer Commanding (GOC) 81 Division, Maj.-Gen.Umaru Musa, had been redeployed to 82 as new GOC, while Maj.-Gen. Taoreed Lagbaja moves from 82 Division to 1 Division as new GOC.

According to him, Maj.-Gen. James Ataguba moves from AHQ Department of Army Standards and Evaluation to Defence Headquarters and appointed, Director, Peace Keeping Operations, while Maj.-Gen. Adekunle Adesope from Army Finance Corps to DHQ and appointed as Chief of Defence,  Accounts and Budget.

He said that Maj.-Gen. AA Fayemiwo had been redeployed from Nigerian Army Welfare Holdings Limited and appointed Chief of Accounts and Budget (Army).

Other appointments, according to Nwachukwu,  are those of Brigade Commanders.

He said the Chief of Army Staff had directed all the newly appointed senior officers to redouble their effort and commitment to duty in tackling the security challenges bedeviling the nation, as they assume their new appointments