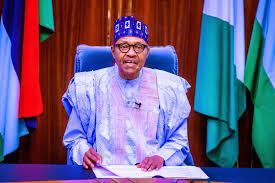 President Muhammadu Buhari in the course of the week, expressed reservations over  the degenerated welfare and working conditions of the nation’s judiciary, saying it was serious and would be addressed.

He said this would be done despite the dire state of the country’s economy “currently battling insecurity, corruption and economic challenges,” aggravated by the COVID-19 and the war in  Ukraine.

Buhari stated this when he hosted the chairman and representatives of the Body of Benchers, a body of legal practitioners of “the highest distinction in the legal profession” in the State House, Abuja, on Thursday.

According to the president, a democratic government like the one he leads, “standing on a tripod comprising the Executive, Legislature and Judiciary, cannot stand where one of its three pillars, the Judiciary is not properly nurtured, maintained and sustained to deliver on its very pivotal constitutional duties.”

He lauded him for the role he played in ensuring that the sub-regional body remained united.

Buhari said: “You showed great commitment to the unity of ECOWAS, and of the sub-region.

”Your tenure has been very successful, and I wish you and the family more successes ahead.”

The president departed Abuja on Tuesday for Monrovia, Liberia, to attend the 175th independence anniversary of the country.

Buhari, who was the Special Guest of Honour at the event, joined other world leaders and organisations to rejoice with the people of Liberia at the event with the theme: “Fostering Unity, Protecting Our Peace for Development and Prosperity.”

Nigeria played a leading role in the stabilisation of the West African nation in the early 90s, leading to the establishment of democratic rule and has continued to assist the country in many ways, especially through the Technical Aids Corps scheme.

At the event in Monrovia, Buhari called on leaders in West Africa to do all within their powers to ensure that elections were conducted in their countries in an atmosphere of trust, freedom and transparency.

According to the president, this is the only way the sub-region can be insulated from the scourge of unconstitutional take overs that reared its head in three countries recently.

The president affirmed that democracy and good governance must take their roots on the African continent to sustain peace, stability and development while leaders must redouble their efforts to guarantee the irreversibility of democracy.

On July 27,  President Buhari presided over virtual meeting of the Federal Executive Council (FEC) at the Council Chambers of the Presidential Villa, Abuja, on Wednesday.

The Council approved an augmentation of N16 billion for the completion of the dualisation of the Kano-Katsina Expressway.

The Council also received draft copies of the Medium Term Expenditure Framework 2023-2025 from the Ministry of Finance, Budget and National Planning for onward transmission to the National Assembly for approval.

The ministry presented the draft for the country, for the next three years to the Council.

President Buhari also summoned emergency meeting of the National Security Council on Thursday in Abuja, where he expressed serious concern over the current security challenges facing some parts of the country and would stop at nothing to change the tide.

The president also hosted a delegation from the OGP Support Unit, led by the Chief Executive Officer, Dr Sanjay Pradhan, on Thursday in Abuja.

During the meeting, Buhari itemised the benefits Nigeria had derived from joining the Open Government Partnership (OGP) Support Unit since 2016.

He said when he committed Nigeria to the membership of the Open Government Partnership at the London Anti-Corruption Summit, he was very clear about the role that the initiative would play in the fight against corruption.

According to him, since that time, “we have developed and implemented two National Action Plans on the Open Government Partnership.

The Nigerian leader concluded the week with a congratulatory message to Archbishop Daniel Okoh,  General Superintendent of Christ Holy Church (Odozi-Obodo), on his election as the President of the Christian Association of Nigeria (CAN).

According to him, the election of Okoh by the very important Christian body is a testament to his devotion to the Church of God in the country and beyond.

Related Topics:EcowasPresident Muhammadu Buhari
Up Next