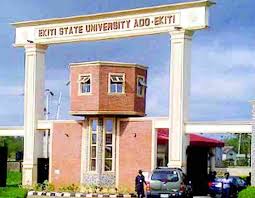 Ekiti State University is on the verge of resumption for academic activities.

According to a press release signed by the Registrar of the school, Ife Oluwole, he said that the State University is set to resume both academic and administrative activities following the results of the stakeholders’ meeting that was held on Sunday.

The meeting, which had the presence of the Vice-Chancellor of the school, Professor Eddie Olanipekun, and other principal officers of the varsity, considered the socio-economic effects of the ongoing ASUU strike, which started on the 14th of February 2022.

During the meeting, the stakeholders looked at the effects the industrial action had caused the University and its students in the last six months.

The stakeholders also noted during their meeting the negative effect the prolonged strike had caused on the students, parents, staff, alumni and the University at large.

“The University had experienced low patronage of candidates seeking admission into the school, due prolongation of academic calendar and stay of the students on campus, the inability of staff to meet up with their financial obligations, and inability to pay staff salaries, among others,” he said.

Recall that the Vice-Chancellor had earlier pleaded with ASUU on Sunday during his third-year thanksgiving ceremony at the St. Thomas Aquinas Catholic Chaplaincy of the University to call-off the strike.

According to Professor Olanipekun, he pleaded with the Union to “reconsider their positions on the current nationwide strike in the interest of Ekiti State University, being a State institution with its peculiarities.”

Meanwhile, the resolution from the stakeholders’ meeting clearly stated that academic activities should resume earnestly.

The stakeholders decided that the University management should reopen the university without further delay for the continuation of academic activities.

“It has become imperative for all members of staff currently on strike in the University to resume normal official activities,” it said.

As a result of the decision, newly admitted students for 2021/2022 are also implored to resume on Monday, August 29, 2022, for screening, registration, and orientation program.

However, all efforts to reach the ASUU executives were fruitless as of the time of this report.