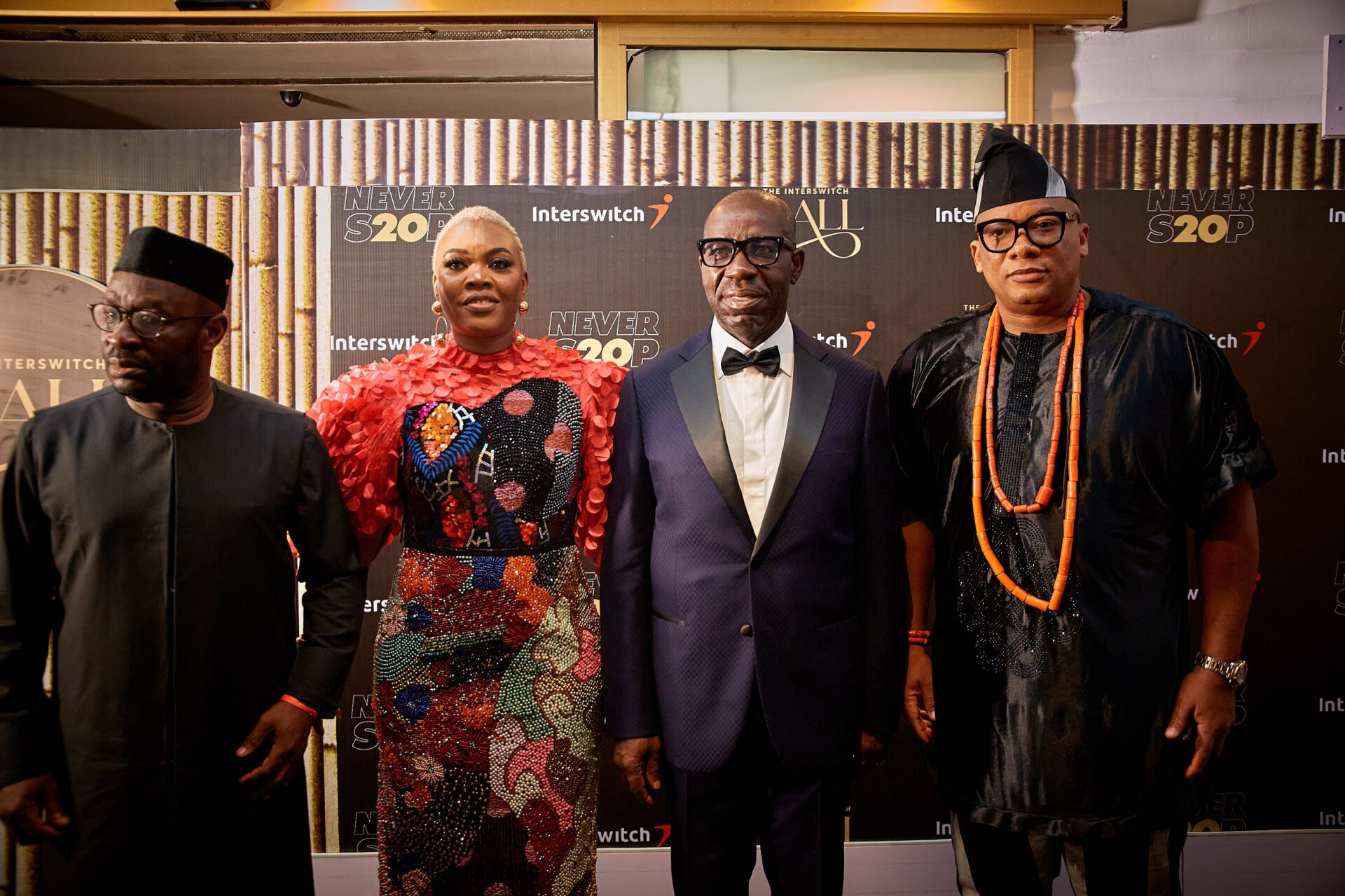 The event, which drew top government functionaries, representatives from the financial services sector, captains of industry, customers, employees, and other well-wishers, was an evening of good speeches and entertainment – a befitting end to months of celebrations.

Members of the Board of Directors of Interswitch, led by the Board Chairman and Lord Lieutenant of Greater London, Sir. Ken Olisa OBE were also present to add pomp and pageantry to the celebrations.

In his goodwill message, which was broadcast during the event, Prof. Yemi Osinbajo GCON, Vice President of Nigeria, commended the payment company’s pivotal role in shaping and growing Nigeria’s payment system over the past two decades. Speaking about Interswitch, he said:

“It’s incredible that what began as a noble idea, has in barely two decades, become something of an icon of technology and innovation, literally pioneering Africa’s ongoing fintech revolution. In 2002, only 569 million people were connected to the internet worldwide, and at that time, Nigeria had less than 200,000 people with internet access. It is therefore a testament to the quality of the talent and courage of the founders of Interswitch that they saw the future clearly and predicted the potentials of a nascent technology for scale and application.”

His Excellency, Governor of Edo state, Mr. Godwin Obaseki, who was present to celebrate the milestone, congratulated the organization on the milestone and applauded Interswitch for being a laudable example of the good that can come out of Nigeria.

The anniversary celebrations, which kicked off in August 2022 with the launch of a campaign themed, ‘Never Stop’, have amplified Interswitch’s innovative milestones in the digital payment ecosystem, designing products and solutions that have, for two decades, continued to drive prosperity across Africa.

The theme – Never Stop – has resonated across all of the Group’s activities; from Interswitch Connect which featured the launch of innovative tech solutions, to the launch of the Payment Innovation Jury report, and the commemorative editions of the biggest fitness event across Africa – VerveLife and InterswitchSPAK National Science Competition.

While addressing attendees, Mitchell Elegbe, Founder and Group Managing Director, Interswitch, shed more light on the fintech giant’s twenty-year journey, and its outlook for the future. He said:

“Two decades ago, we wondered what singular problem we could solve that would automatically solve other problems by extension. We identified the payments problem and set out to solve it, making a bold move to make commerce easy and trade blossom naturally by eliminating the mystery associated with cash, and the stigma associated with not having it. We ensured that cash was available in the exact time and quantity required, and transferrable electronically. We established a new paradigm, dethroning cash and enthroning commerce and connections. Twenty years after, the Central Bank of Nigeria is leading Nigeria towards a fully cashless economy, layered on the work we began two decades ago. “

From inception, Interswitch has continued to improve the Nigerian and African payment space by providing upscale technological systems and infrastructure for players in the payments sector. These systems are used to create solutions that boost business efficiency, as they deliver value to their customers.

In alignment with the Never Stop theme, Elegbe added that the Interswitch Group remains committed to its goal of pushing for excellence while building a payment ecosystem that empowers individuals and businesses to scale for own prosperity and national economic development.

On the back of Interswitch’s wide range of APIs, the digital payment space across Africa has thrived, with the proliferation of fintechs and digital payment service providers on the continent. And the Good People of the Switch – as Interswitch employees are fondly called, don’t seem to be stopping, because they Never Stop!