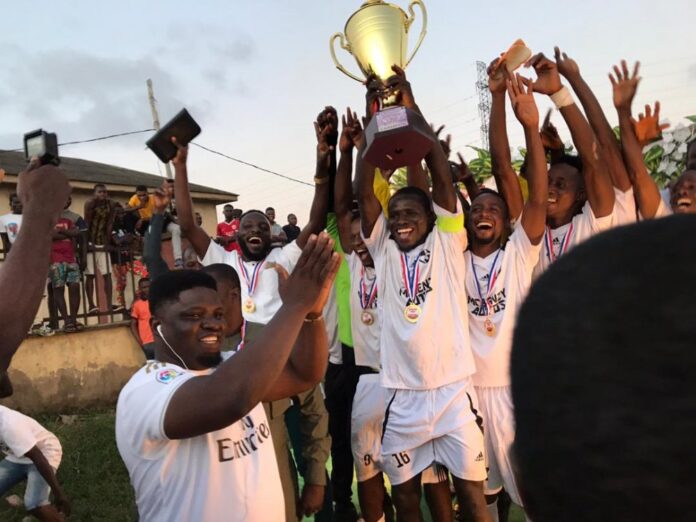 The impressive grassroots tournament saw Omolola FC slug it out with HMD FC in the final at Fela field, Ipaja.

The game ended two-all after regulations, with spectators treated to fascinating football.

Although Omolola FC prevailed 5–4 in the shoot-out to emerge the inaugural winners of the Ipaja All-Stars Independent Cup, HMD FC were praised for their assemblage which included the likes of promising forward, Chibuike Silas.

Grassroots football is something which the football community continues to talk about and everyone is in agreement that it is an extremely important part of football in Africa’s most populous nation, Nigeria.

Grassroots is not just about providing top-flight clubs with a steady flow of young talent – it has a purpose that is much more deeply rooted in Nigerian football.

Thousands of young adults and teens play football every week across the country, and the grassroots community is what allows them to do this.

It has become a cliché that sports ‘take children off the streets’, and affords them the opportunity to become what they want to be in life. Ipaja All-Stars Independent Cup, chiefly sponsored by Benzy Autos and Properties, thus provided numerous youngsters the chance to follow their passion and equally enjoy themselves. 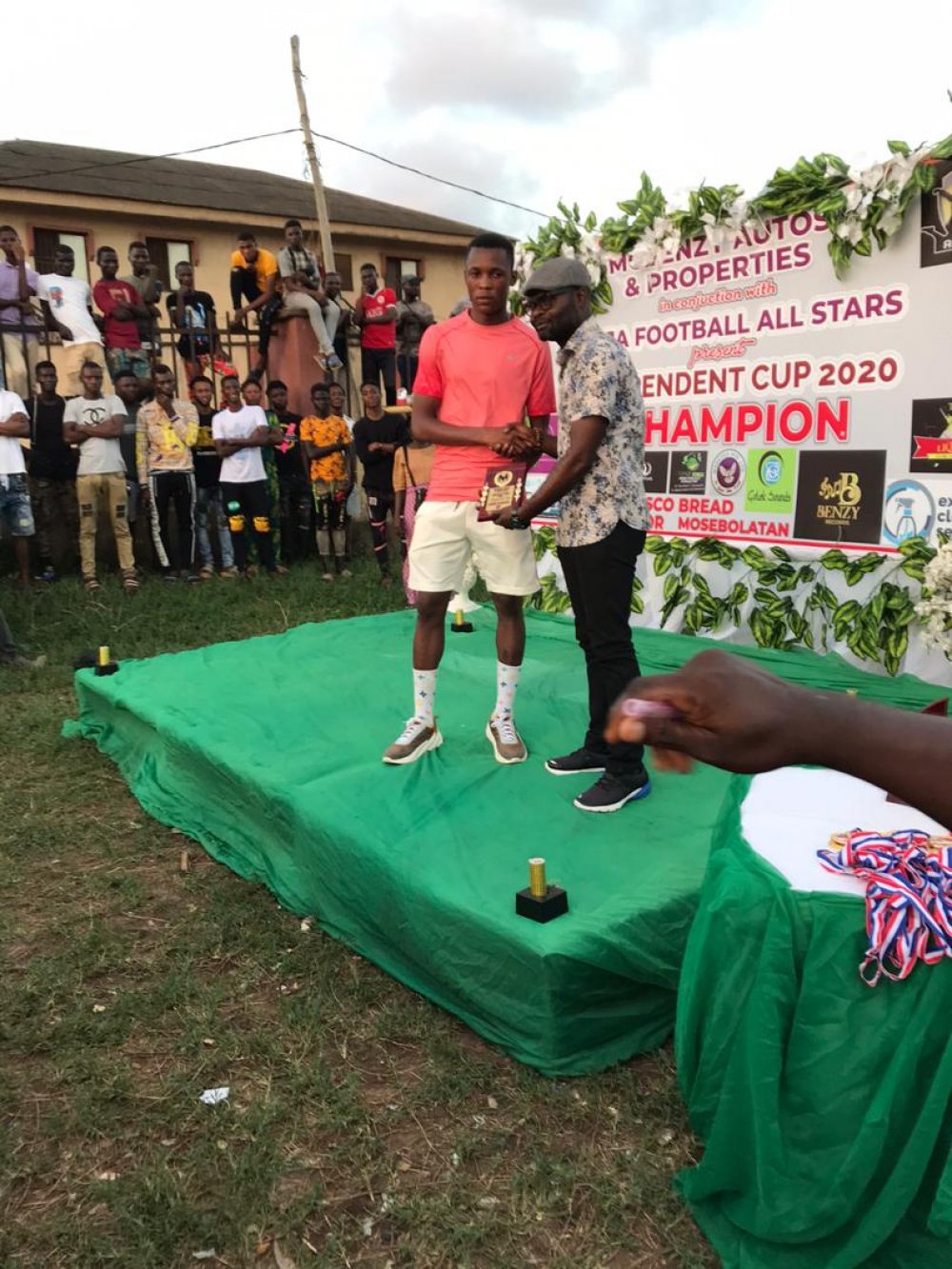 The Youngest Player of the Tournament, Kehinde Akinlosotu

It is noteworthy that Akinlosotu Daniel Kehinde, one of the players that partook in the Ipaja All-Stars Independent Cup has just been called up to the Nigeria junior squad – the Golden Eaglets. 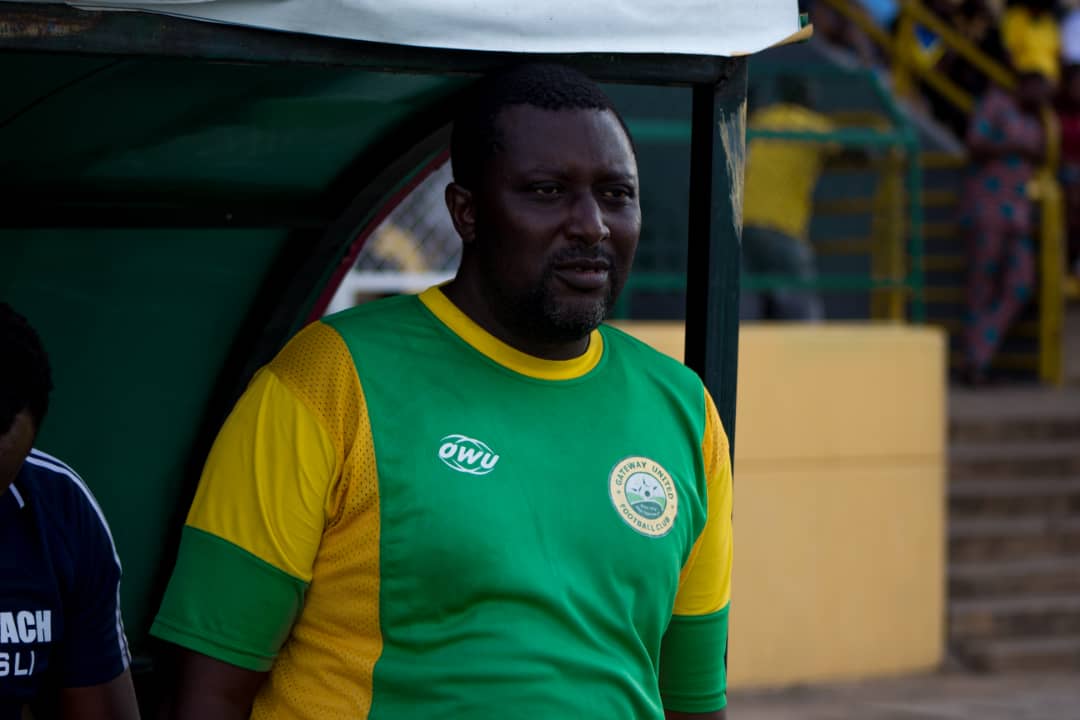 “When we were young. In the 70s and the 80s, we have a lot of clubs being sponsored under the grassroots.

“Some of us gain admission from the schools as well.

“Because by the time you play good football, a lot of universities want you to come and play for them.”

“Because for you not to sign a slave contract, you must be educated.”

“If you want the players to grow, we need quality [football] education,” Ogunmodede said.

“You cannot give what you don’t have.

“If you have good players, but poor footballing education, then, its tantamount to nothing.

“So, for me, I think we need more of coaching education so that we can have quality footballing education to our players.”

“I see young talents year in, year out and what comes to my mind is, ‘why are these guys not playing actively and professionally’?” Tiamiyu Gafar, organizer of the tournament stated.

“So, I called my friends and we thought of a way we can put them to the coaches’ eyes.

“This is the first edition. We are hoping to do more.”

Grassroots football is not something to joke with – Ekiti United Head coach, Deji Ayeni.

“Any nation that jokes with grassroots football is doomed forever,” Ayeni, an erstwhile trainer of Osun United asserted.

“Grassroot is the honey of any great footballing nation.”

Chief Fatai Ahmed (Fasco), one of the sponsors, sees talents 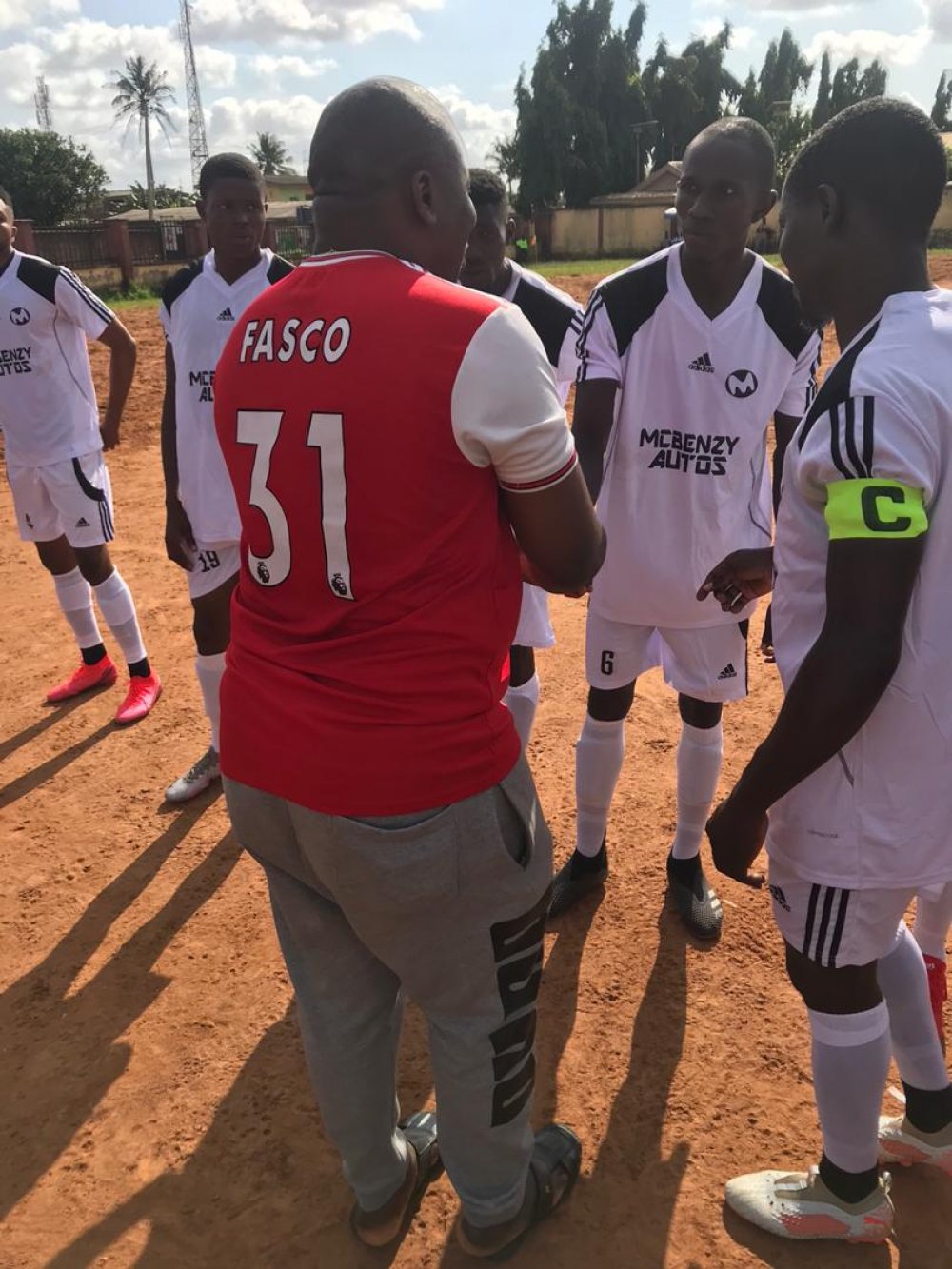 “I see talents in these boys,” Fasco said.

“I really appreciate people that complemented my efforts in ensuring this tournament became reality.”

Omolola FC Coordinator speaks on gains of the tournament

“Within the coming weeks, we’ll finalise the deal soon.

“I think the competition has done great for them. And for us too.”

See photos from the final below: 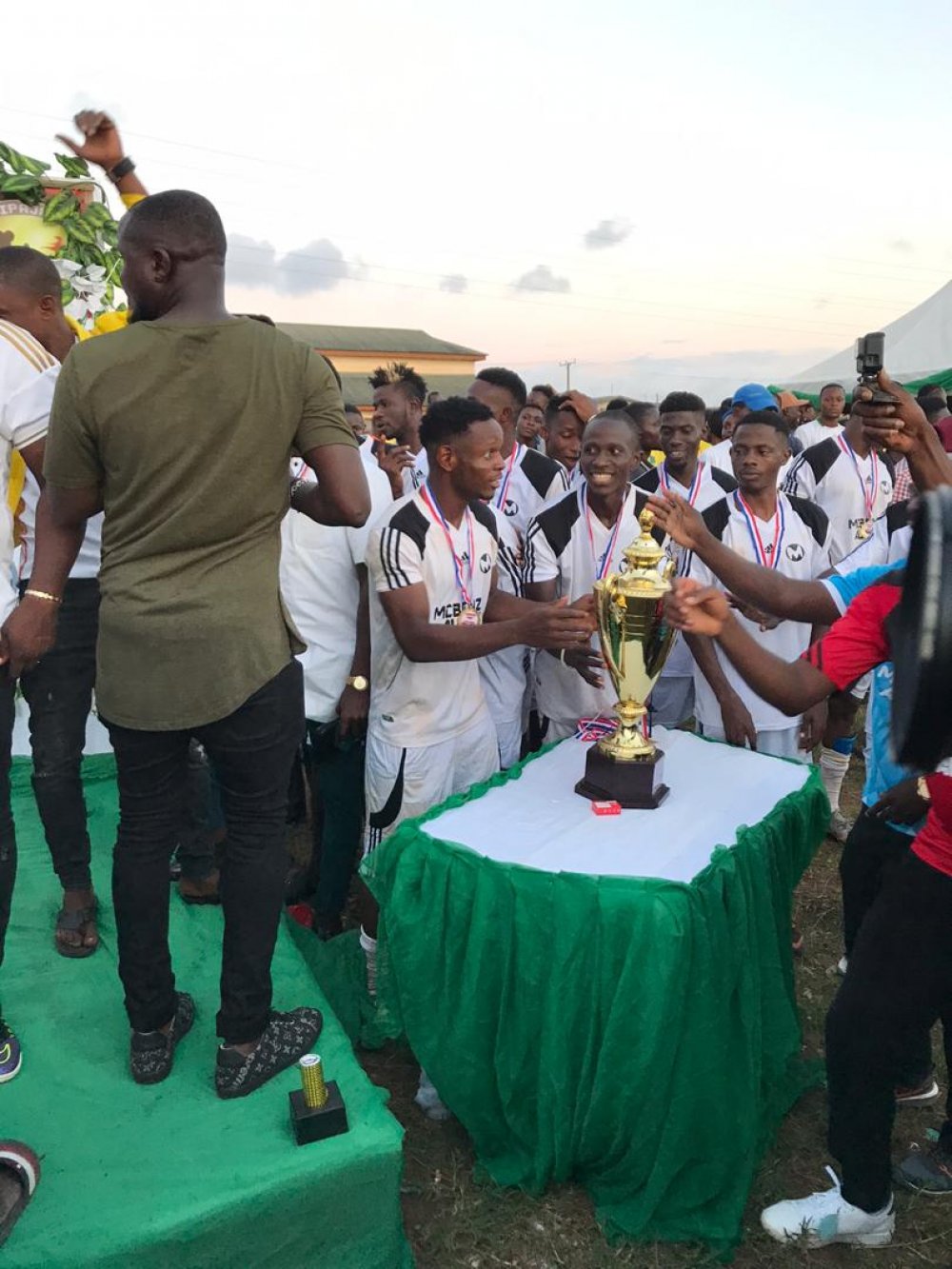 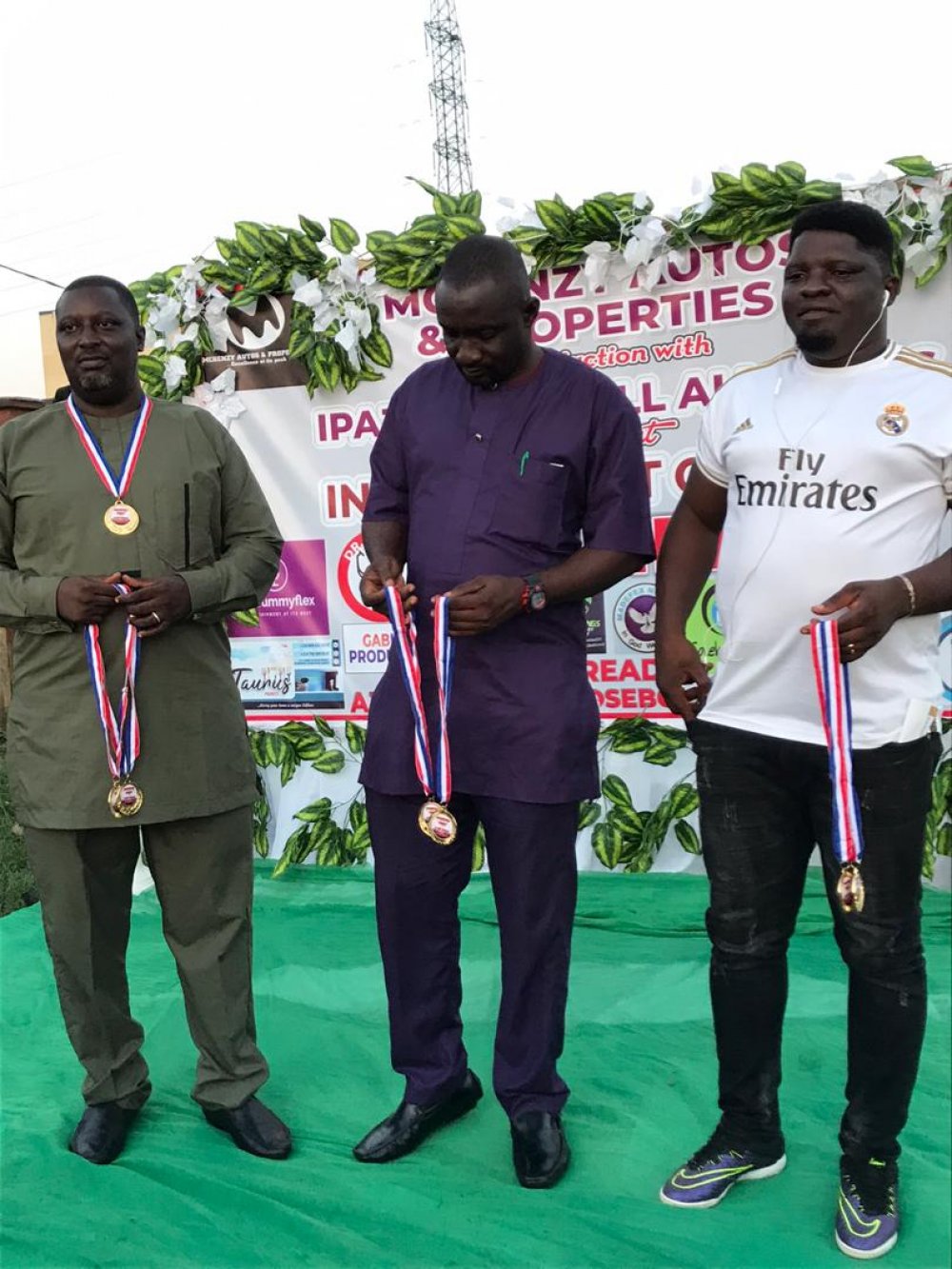 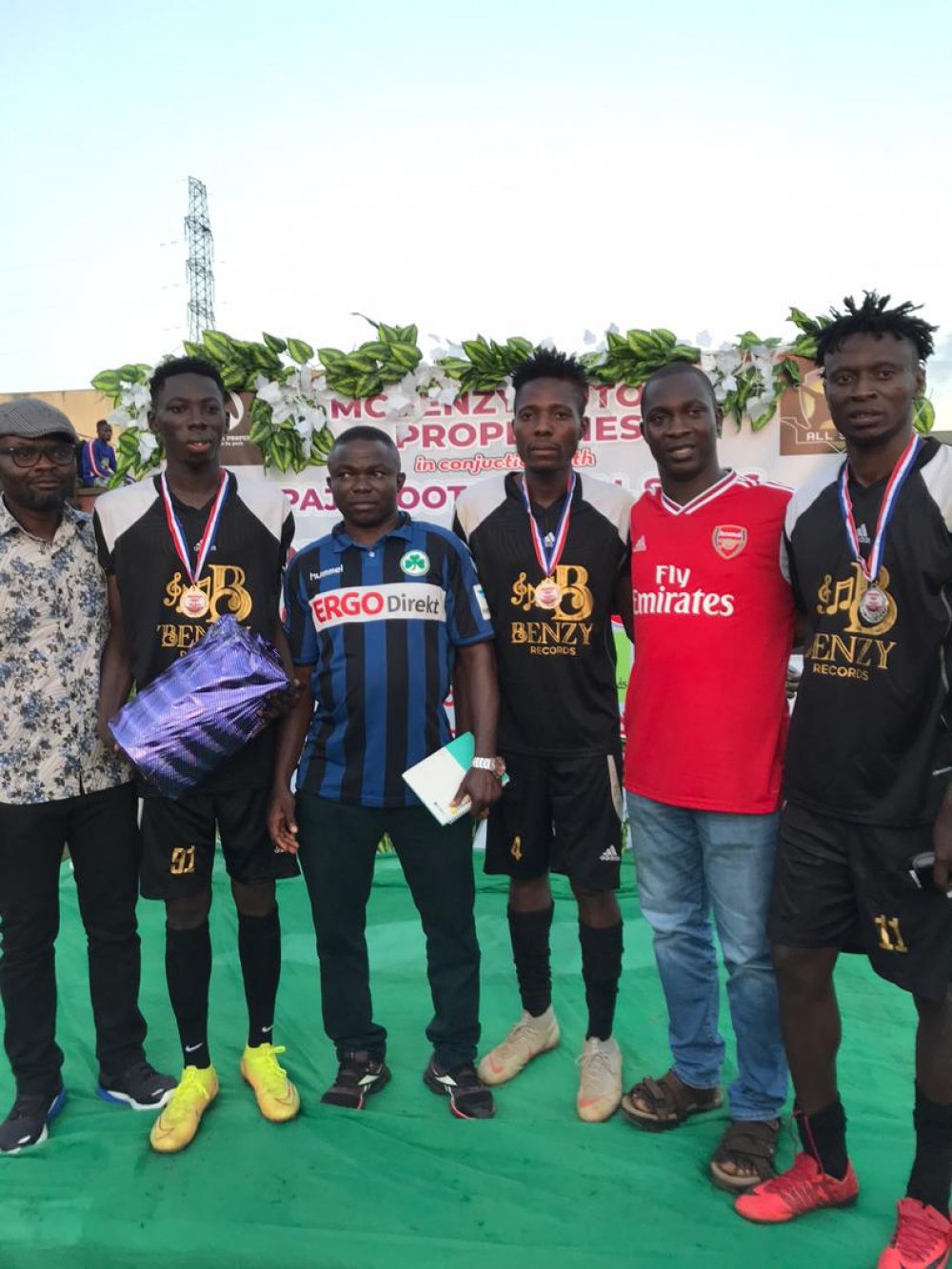 See some award winners of Ipaja All-Stars Independent Cup 2020 below:

Arsenal new signing, Gabriel Magalhães put up an impressive performance after scoring the second goal for Gunners as Mikel Arteta's side began their 2020/21...
Read more
Latest

The Arewa Youths Consultative Forum, AYCF, has called for the arrest of the leader of the Indigenous People of Biafra (IPOB) Nnamdi Kanu. The call...
Read more