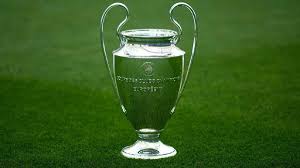 FC Barcelona will face Bayern Munich and Inter Milan in the UEFA Champions League group stage following the draw made on Thursday.

The draw looked to be the meanest of all, as holders Real Madrid will take on RB Leipzig, Shakhtar Donetsk and Celtic in a seemingly-easy group.

On paper, Carlo Ancelotti’s side should have few problems in making the last 16 from Group F.

However, FC Barcelona striker Robert Lewandowski will take on his former side in the group stage after the five-times champions were drawn with Bayern Munich in Group C.

They have been drawn along with Inter Milan and Viktoria Plzen.

Manchester City forward Erling Haaland will also face his former employers as the English champions were drawn in Group G with Borussia Dortmund.

The UEFA Champions League group stage will begin earlier than usual on Sept. 6 and end ahead of this year’s World Cup finals which take place in Qatar from Nov. 20.

The competition’s knockout stages begin in February, with the final taking place in Istanbul’s Ataturk Olympic Stadium in June.