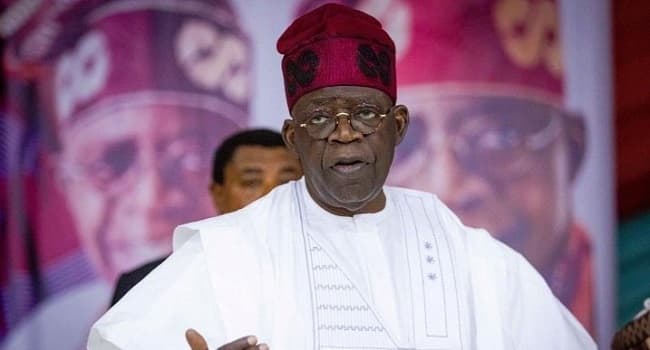 Asiwaju Bola Tinubu, the All Progressives Congress’ presidential candidate, has urged Nigerians to vote for him and all other APC candidates in the upcoming general election in order to further demonstrate their commitment to democratic freedom.

Tuesday, when speaking to a crowd of supporters in Ilorin, Kwara State, Tinubu pledged that if his party were elected to power, it would combat corruption, fraud, and insecurity.

He said, “Sweep away fraud, corruption and insecurity with your brooms in the forthcoming election.

“Today, we are just celebrating freedom. We are re-assessing and re-asserting our freedom in democracy. “Yesterday, they never believed that today would happen, but it is happening in your lifetime. We thank you for believing in (Governor) AbdulRahman AbdulRazaq. He knows how to behave. He is a very honest and genuine, hardworking man.

While recalling the triumph of the APC over the Peoples Democratic Party in the Kwara State governorship election four years ago, Tinubu said the 2019 elections meant freedom and asked the electorate to vote APC again so that they can cement the freedom.

In his speech, the party’s national chairman, Abdullahi Adamu, canvassed votes for Tinubu saying his presidency will make Nigeria better.

Related Topics:APCBola Ahmed Tinubu
Up Next