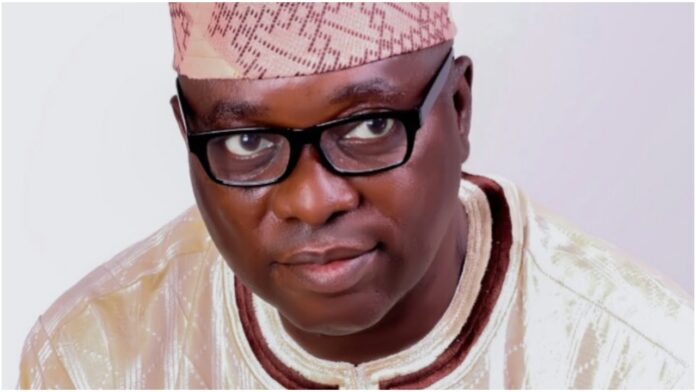 The New Nigerian Peoples Party, NNPP, Olusegun Bamgbose has warned the Independent National Electoral Commission, INEC to tread cautiously not be used by the All Progressive Congress APC ahead of the Governorship elections that will be held in Edo and Ondo State.

According to Bamgbose, the elections will be a tough one and it is up to the independent electoral body to discharge their duties diligently without any interference from any political group or party.

He added that the ruling party will want to influence the forthcoming governorship elections results in Edo and Ondo States.

Bamgbose who is a senior lawyer highlighted reasons for his presumptions, noting that some important figures in APC will play a vital role in influencing the election result just for their own personal agenda.

He noted that Ashiwaju Bola Tinubu will go all out to deliver in trying to win Ondo State to impress the President and also further promote his Presidential ambition.

Also, he said that the ongoing Godfatherism battle in Edo State will see the former APC national chairman, Adams Oshiomole do everything within his capacity to defeat the incumbent to prove to the party that he is still a force to reckon with.

“He will want to tell Governor Obaseki that his godfatherism has not expired. The bottom line of these analysis is that, the possibility of free and fair elections in Ondo and Edo Governorship elections may be very slim,” he said in a chat with DAILY POST on Saturday.

“APC has plans to win the two governorship elections at all cost. The desperation is obvious. They are already perfecting plans to emerge winners, not minding what it will take them.

“We have reasons to believe, that the pressure is being mounted on INEC to be part of the winning strategy. They are not leaving any stone unturned, to win the election through any means possible.

“However, our party, New Nigeria Peoples Party, NNPP will want to urge INEC to resist every temptation, to be used as an instrument to subvert and subdue the will of the majority.

“Democracy has come to stay. INEC should avoid being tagged as, Enemy Of Democracy, EOD. They should not allow APC to circumvent democracy.

“We are not ruling out financial inducements by APC, in order for the elections to favour them, but INEC should be informed that Nigerians are watching with keen interest, whether INEC will dance to the tune of the ruling party.

“The will of the majority must prevail, that is what democracy is all about. INEC should maintain their integrity and ensure that democracy is not demonized by political desperados.

“They should not be influenced by the carrots APC may be dangling at them. Money Is Not Everything, MINE. Nigerians should by now have known that APC as a party has no reasonable plan to develop this country.

“They are interested in clinching to power for their selfish aims, not really to alleviate the sufferings of the poor masses. Nigerians should reject them and embrace NNPP. APC has lost focus and forthrightness. Our party remains the hope of better nation and better future,” he said.

President Muhammadu Buhari has slammed some Nigerians for taking his swift response to disband of the Special Anti-Robbery Squad of the Nigeria Police Force...
Read more
Latest