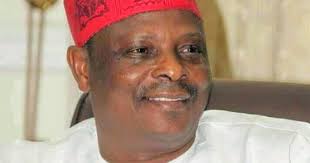 Newsmen reports that Kwankwaso made the call in Lokoja, while commissioning his campaign office and the party’s Secretariat in Kogi.

Shortly after his (Kwankwaso’s) arrival at the campaign office besides Dave Mercy Pharmacy, on Kogi Government House Road, he was warmly welcome by his supporters, who sang his praise with dances.

Addressing a large crowd, Kwankwaso said that Nigeria was in dire need of a visionary and credible leader that could bring about the desired growth and development.

“We must not give up but rise to the challenge and salvage this country from all her numerous challenges through the use of our PVCs.

“The forthcoming general elections in 2023 are a great opportunity for all Nigerians to rally round a good presidential candidate that could make the difference, ” he said.

The NNPP Presidential Candidate, after successfully commissioning the campaign office and party secretariat, visited the country home of a former Governor of the state, Late Prince Abubakar Audu.

Speaking on the visit, one of Kwankwaso’s Media Aides, Musa Yunusa, expressed satisfaction with the reception accorded the candidate.

Yunusa, however, described Kogi as Kwankwaso’s home and that the reception was a sign of his acceptance as one who could lead the nation to greater heights if given the chance in 2023.

According to him, NNPP has good followership in Kogi and so optimistic of getting huge votes during the 2023 general elections

2023: Peter Obi’s Camp Fires Back At Tinubu Over Comments