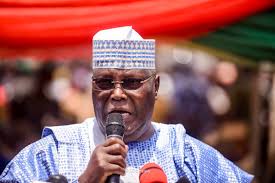 The PDP, Presidential Candidate, Atiku Abubakar and Gov. Aminu Tambuwal of Sokoto State have challenged a suit filed by Gov. Nyesom Wike of Rivers over the recently-concluded presidential primaries.
The trio, in a notice of preliminary objection marked: FHC/ABJ/CS/782/22 dated and filed on Aug. 5 before Justice Ahmed Mohammed of a Federal High Court, Abuja, sought an order striking out or dismissing the suit for want of jurisdiction.
Newsmen  reports that Prince Michael Ekamon and Governor Wike are 1st and 2nd plaintiffs respectively in a suit dated June 2 and filed on June 3.
While the PDP is the 1st defendant, the Independents National Electoral Commission (INEC), Tambuwal and Atiku are 2nd to 4th defendants respectively.
Wike, in the suit, sought among other prayers, the court’s pronouncement declaring him the PDP’s presidential candidate for the 2023 election.
But the PDP and others, in their application filed by their counsel A.K. Ajibade, SAN, argued their matter on four grounds.
According to them, the instant suit as filed is unknown to law and/or not cognizable under a pre-election matter.
They argued that Ekamon, who is the 1st applicant, having not participated in the primary election conducted by the National Executive Committee of the party lacked the requisite locus standi to institute the suit.
They further argued that the instant suit, as brought by the applicants (Ekamon and Wike) did not fall within “the purview of Section 84 of the Electoral Act, as such does not qualify as a preelection dispute.

“That the instant suit was not initiated by due process of the law.”

Upon resumed hearing in the matter on Wednesday, Wilfred Okoi, counsel for  Wike and Ekamon, told the court that the matter was filed through an originating summons dated June 2 and filed June 3.
He said all the defendants, including INEC, had been served.
Okoi said he was in receipt of a counter to their originating summons and a motion on notice for an extension of time from PDP, Tambuwal and Atiku to enable them filed their counter affidavit and enter defence in the suit.
Following the lawyer’s non-opposition to the motion for an extension of time, Prisicila Eje, counsel for PDP and others moved the motion and the judge granted it.
Justice Mohammed consequently adjourned the matter until Sept. 14 for hearing.
Newsmen reports that Wike came second behind Atiku in the party’s presidential primary election held in May.
Tambuwal, who was also a presidential aspirant, stepped down for Atiku at the last minute.
Although Wike had recently denied filing any suit against the party and its presidential candidate, the party and others were represented in court, except INEC’s counsel, who was not in court.