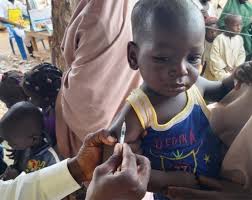 Kwara plans to immunise 150,000 children against Rotavirus in its 16 local government areas.

Commissioner for Health, Dr Raji Razaq, made the declaration on Monday in Ilorin at the flag-off of the inclusion of Rotavirus vaccines in routine immunisation in the state.

He said it was the best way to protect children against diarrhoea caused by Rotavirus.

He restated government’s resolve to revamp the state’s health sector, adding that 45 Primary Healthcare Centres (PHC) had been renovated consequently.

“An additional 25 PHCs are undergoing renovation. Well-meaning individuals and members of the House of Assembly are also assisting in renovating the centres.

“PHCs in Kwara have been transformed and there is none that is not Water Sanitation Hygiene compliant in the 16 local government areas,’’ he said.

In an address of welcome earlier, Dr Nusirat Elelu, Executive Secretary of the Primary Healthcare Development Agency said vaccines against childhood killer diseases had been available in the state in the last two decades.

“In continuation of efforts to eliminate vaccine-preventable diseases, we are flagging off the introduction of the Rotavirus vaccine into our routine immunisation.

“Globally, rotaviruses infect nearly every Under-five child and are the leading causes of severe diarrhoea in children.

“As part of strategies to control diarrhoea, the WHO recommends that rotavirus vaccine be included in national immunisation programmes,’’ she said.

Elelu added that the introduction of rotavirus vaccine would reduce diarrhoea-induced illnesses and deaths by about 40 per cent saving the lives of more Under-five children.

“The introduction of rotavirus vaccine in Nigeria’s immunisation programme has the potential to reduce infant and childhood deaths by at least 110,000 in the next 10 years,’’ she said.