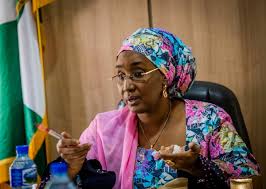 The Federal Government continued the payment of monthly stipend of N5,000 to 9,583 vulnerable persons in Ogun on Tuesday.

The payment is executed under its Conditional Cash Transfer programme in which it distributed debit cards to beneficiaries.

Newsmen  reports that 2,495 vulnerable persons were issued the debit cards at Ikenne Local Government Area on Tuesday for the payment of their monthly stipends.

The beneficiaries were paid N50,000 each to cover the 10 months of July 2021 to April 2022. They collected cash through assigned Point of Sales (POS) machines.

Monitoring the exercise, the Commissioner for Special Duties and Intergovernmental Affairs, Mrs Olufemi Ilori-Oduntan, commended the Federal Government for introducing the programme.

Ilori-Oduntan appealed to beneficiaries to make judicious use of the funds, saying it would assist in starting new businesses and would also assist in boosting existing ones.

The commissioner applauded the Federal Government for keeping to its promise and for ensuring that dividend of democracy got to the grassroots.

She said that the introduction of debit cards would reduce beneficiaries’ risks of carrying money around.

She also appreciated Gov. Dapo Abiodun for ensuring that the people of the state participated and benefited from the programme.

Mr Olufemi Owoojuona, Head of Operations, State Cash Transfer Unit, told newsmen that 9,593 people were benefitting from the programme in six selected local government areas in the three senatorial districts of the state.

“Subsequent payments will be transferred into beneficiaries’ wallets and we will notify them that the stipend has been paid,’’ he said.

Miss Yetunde Sosanya and Mr Sunday Akpomin, two of the beneficiaries looked excited as they commended the Federal Government for the intervention.

Sosanya, a physically challenged lady, said that the money would help her to start a business as she needed to support her parents.

Akpomin, a motor mechanic, said it would assist in paying his children’s school fees.

According to reports the programme is being coordinated by the Federal Ministry of Humanitarian Affairs, Disaster Management and Social Development.

Related Topics:FGOgun state
Up Next