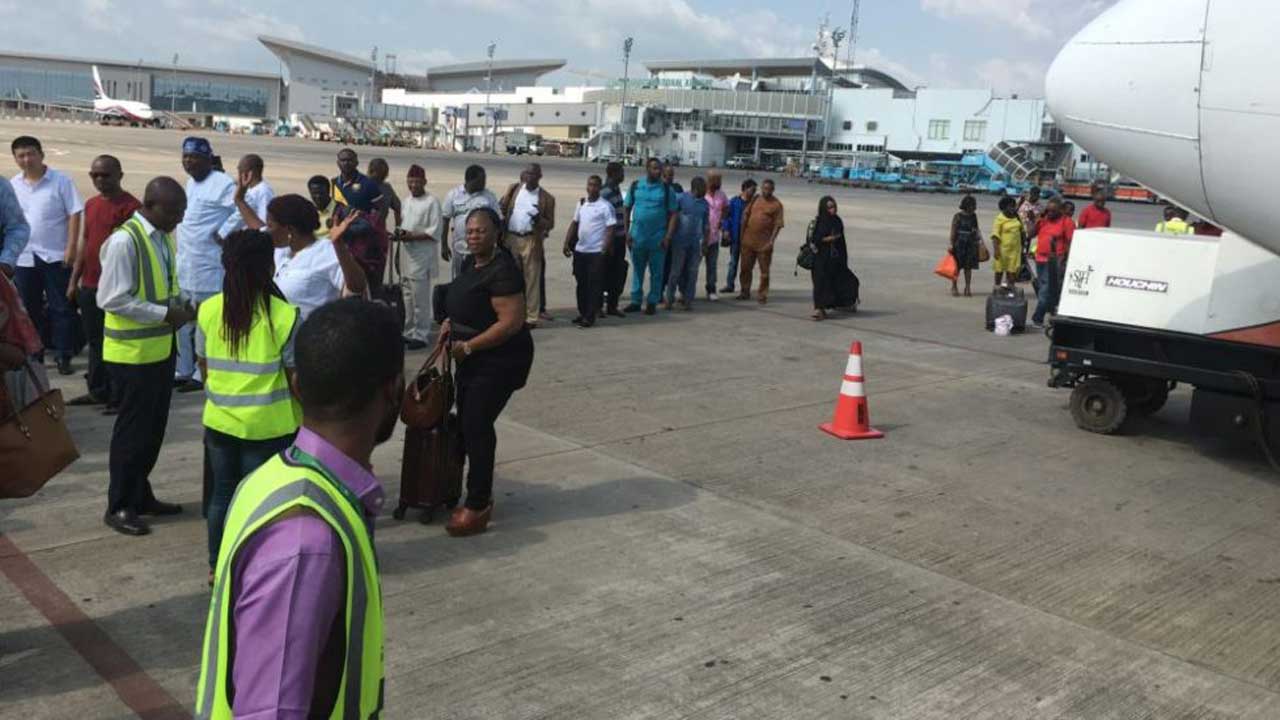 The National Union of Air Transport Employees and the Air Transport Services Senior Staff Association of Nigeria, which represent workers in the aviation industry, have ended the strike that started on this day, Monday, January 23, 2023.

On Monday in the late afternoon, Frances Akinjole, the ATSSSAN’s deputy general secretary, confirmed this to Punch over the phone.

“It’s been suspended, and they’ve agreed to commence negotiation on the salary issue with us,” he said.

On Monday, January 23, 2023, all international flights at the Murtala Mohammed Airport (MMA) were canceled due to a strike by the Nigerian Aviation Handling Company Plc (NAHCO).

TopnewsNaija is aware that the strike is related to problems with salary increases.

Alex Nuba, an impacted traveler and aviation specialist, claimed that NAHCO employees left the international airport in the morning and announced they were on strike and would not handle any passengers.

“Even the Qatar flight I’m traveling with this morning landed and has returned to Doha as there’s no one to handle them,” Nwuba said.