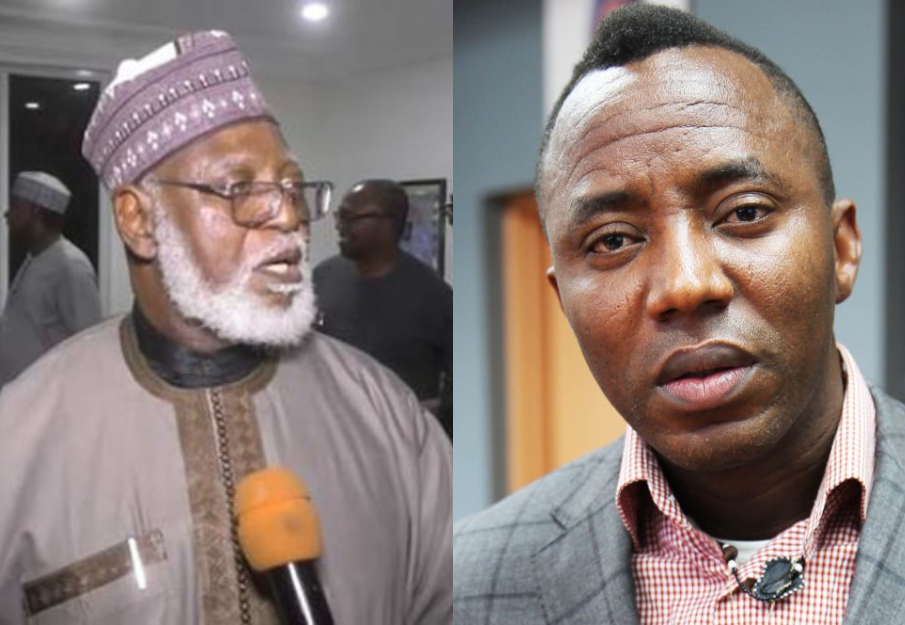 The presidential candidate for the African Action Congress, Omoyele Sowore, objected to the seating arrangements at the National Peace Committee conference, which is led by a former head of state Gen. Abdulsalami Abubakar (ret. ).

Sowore claimed that the sitting arrangement for the presidential candidates should have been arranged in alphabetical order.

He threatened to remain standing or leave the meeting if the NPC did not provide the guarantee that there would not be a repeat, the former Head of State had to exert much effort to get him to sit down.

Journalists were requested to leave the discussion so that it could continue.

“The sitting arrangements should have been alphabetical, I note that this happened at the ICC during the signing of the peace accord and this is not fair”, the AAC presidential candidate said.

Abdulsalami, who assured that his position was noted, however, said that Sowore could leave if he was not still satisfied.

The former military leader also advised the candidates to avoid using bad language in the meeting.

He said, “I want to appeal to all Nigerians to appreciate the seriousness and significance of these elections. We have gone through many difficulties and survived them.

“The purpose of this initiative by the peace committee is to build up the confidence of our people in the electoral process and to ensure that we do all that is possible to ensure that these very crucial elections are successful.

“Our intention is to hear from the presidential aspirants themselves and see how we can rally all our people to ensure that all citizens are able to elect the leaders of their choice. It is impossible to have all contestants in one room and so, we hope that whatever we discuss here affects all contestants in these elections.”

He recalled that on September 29, 2022, the committee invited the presidential candidates for the signing of the Peace Accord at the International Conference Centre in Abuja.

Abdulsalami said, “You may also recall that we placed advertisements in all major newspapers and social media calling on all presidential candidates to be mindful of the concerns of Nigerians on such issues and the need to use temperate language, avoid raising the tone of violence and to conduct themselves in a manner that does not undermine the electoral process.”

He also said the meeting was not aimed at listening to accusations and counter-accusations, nor was it to trade blame but to raise issues and concerns so that the forum could explore the best means of resolving the concerns.

“I appeal to you all to be moderate in your language, show respect to the views and concerns of one another and listen to the concerns expressed.