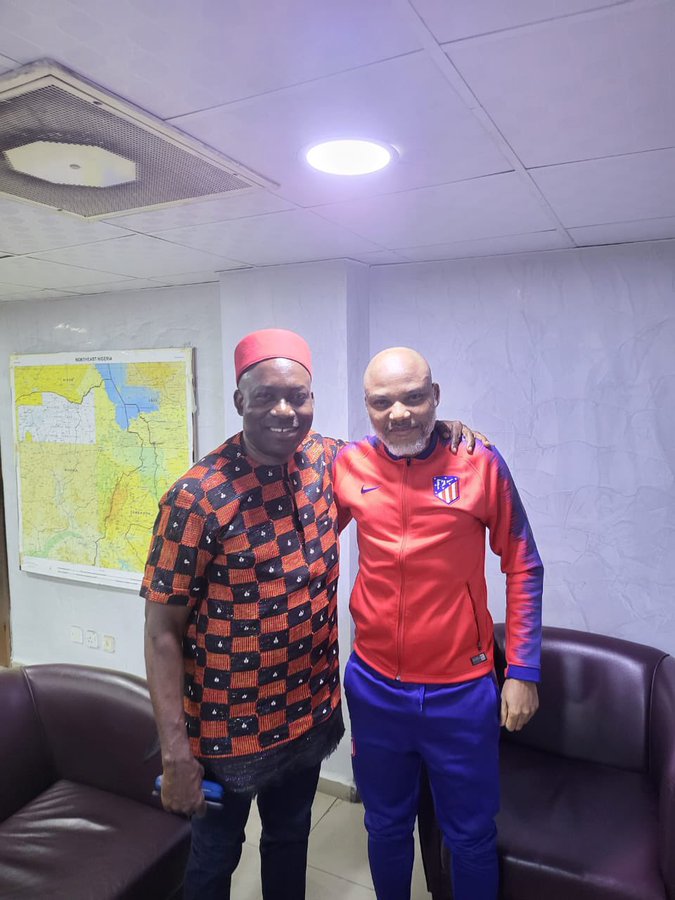 The governor of Anambra State, Prof. Chukwuma Soludo, recently called for the unconditional release of Mazi Nnamdi Kanu, the leader of the Indigenous People of Biafra (IPOB), who has been held in custody since 2021.

The pro-Biafran group said that while they welcomed the outcome, the Federal Government’s violation of a superior court’s competent jurisdictional ruling precludes the need for bail or standing surety at this time.

The group emphasized that Kanu had been released from custody by the court of appeals on October 13, 2022, and did not require bond because there was no charge against him at the time.

They stated these in a statement by its Media and Publicity Secretary, Emma Powerful, on Monday.

It stated, “We have gone beyond the issue of surety or no surety, every genuine call and demand in the prevailing circumstance should be  firmly directed at calling out on the Federal Government of Nigeria to immediately obey the order for the unconditional release of Kanu made by its own court.

“Though the said call for the unconditional release of our leader is belatedly coming three months and one day, after the Court of Appeal, Abuja judicial division, in its erudite judgement delivered on October 13, 2022, discharged and acquitted the leader of IPOB and all the remaining eight-count amended charges preferred against him, and consequently directed for his unconditional release.

“The landmark judgment further prohibited the Federal Government from further detaining our leader or even presenting him for trial on any indictment or offence whatsoever before any court in Nigeria.

“It is important therefore, to clarify that our leader has no form of indictment or even charge pending against him today before any court by the authority of this judgement.

“The issue of granting bail or otherwise does not arise by any stretch of consideration or imagination, because it is the Federal Government that is today in breach of this order of superior court of competent jurisdiction.

“May we also remind Governor Soludo and others, that Kanu’s current incarceration is not sanctioned by any law known to man, it is unconstitutional and affront to constitutional democracy and rule of law.

“Further to the above, is the fact that Kanu has no case to answer again, therefore, the need for surety does not arise, instead Soludo should gear all his efforts towards persuading and compelling on the lawless rulers of Nigeria to obey their own law.

“Federal Government is today in grave contempt of the orders of court of its own court, and their appeal before the Supreme Court can not justify the present illegal incarceration of our leader in a solitary confinement in DSS.”

Six Sentenced To Death By Hanging In Osun