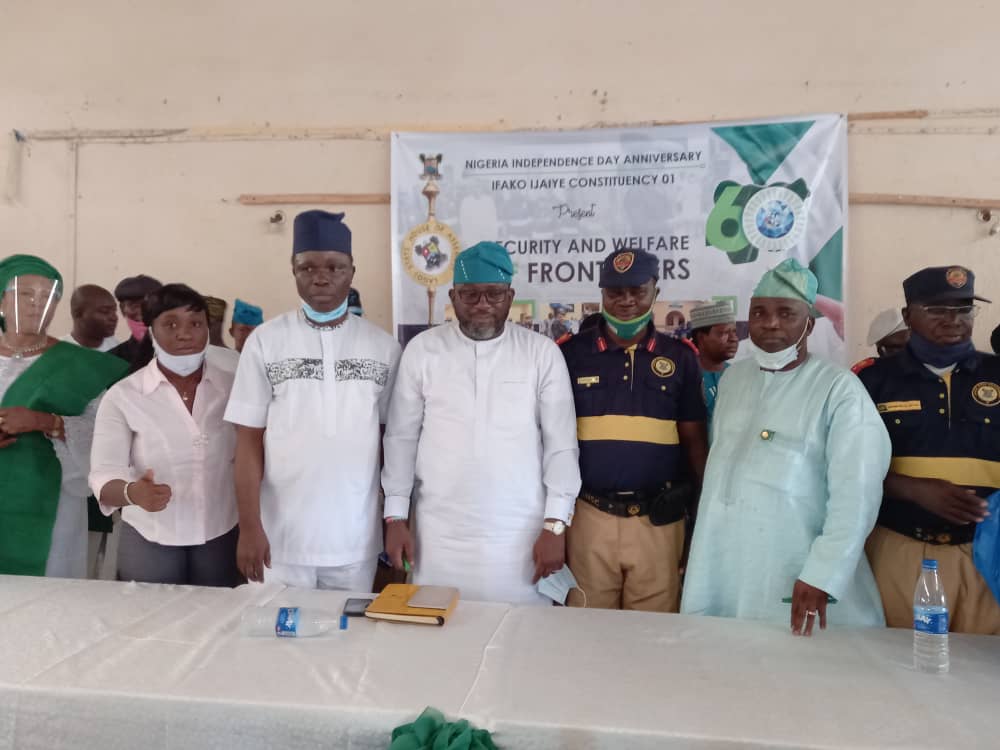 He made the donation at an event Tagged “Security And Welfare Of Frontliners,” to celebrate the bravery of men of the Corps held at the NRC Building, Bola Ahmed Tinubu Road, Iju, Ifako-Ijaiye Local Government.

Temitope commended the LSNC officers for their dedication in strengthening the security apparatus of the LG.

He was particular about their heroic deeds at the Iju Ishaga gas explosion that happened recently.

“During the unfortunate gas explosion, officers of the LSNC were the first responders.

“You displaced exceptional courage that made us all proud.

“You are our heroes and we will celebrate you. We will continue to support you.

“You have shown over time that your dedication to ensuring that there is peace and security at our LG is top-notch”.

Honorable Temitope gave 10,000 each to the 127 officers of the Corps, 50,000 each to three outstanding members for their gallantry during the gas explosion.

In addition to these, he donated three computer sets, three bicycles and a new car engine to replace the worn-out engine of its official car.

Hon. Temitope, since his emergence as a member, LAHA, has donated cash, foodstuff and other material things to his constituents.

He also provided 1,100 loaves of family-sized bread and 200 crates of eggs to the people.

Additionally, he donated half of his April salary to the Lagos State Neighbourhood Corps (LSNC) and health workers within the local government.

Read More: NIGERIA AT 60: Arresting The Inexorable Decline Of The Union

In his Independence Day message, he congratulated Nigerians and especially residents of the LG to be law-abiding.

He urged Nigerians to be more prayerful so that the dream of one Nigeria would be achieved.