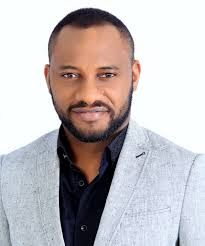 Yul Edochie has slammed those who are criticising his life and personal decision on social media.

The actor was highly criticized after he announced his decision to marry his colleague, Judy Austin as he had bore him a son.

Before his announcement Yul Edochie was known to married to May and they have four kids together.

Taking his Instastories, Yul Edochie made it known that envy is destroying people’s lives.

He wrote. “Envy no one. Clap for others until your time comes. Envy is destroying our people.

Many aren’t progressing cos they spend

so much time worrying about what others

are doing rather than doing their own.

If you know how much time you lose in a

watching what others are doing. There’s always something you can do to move yourself from point A to B. Focus.e dey your hand. Envy no one. YUL EDOCHIE.”

The actor who recently impregnated and married his colleague, Judy Austin as a second wife took to his Instagram page to hail his first and only daughter.

He wrote: “Omo leave am, I dey born fine children sha. My 17yr old daughter @danielleyuledochie now going into 200 level in the University. Beauty with brains.

I AM BLESSED AND GRATEFUL TO GOD.

PUBLIC SERVICE ANNOUNCEMENT: Boys no near my house say you dey find her oo. WARNING!’

Some of his Nollywood colleagues also took to the comment section to commend the proud father for protecting his girl.

Related Topics:NollywoodYul Edochie
Up Next

Destiny Etiko Shares Stunning Pictures As She Celebrates Her Birthday