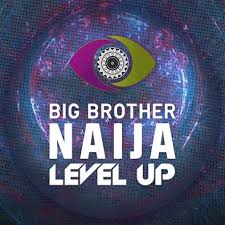 The internet has gone wild with jubilation as Biggie is reportedly set to merge the Level 1 and Level 2 housemates of Big Brother Naija season 7, Level Up.

A report making rounds on social media has alleged that the organizers of Big Brother Naija season 7 would be merging the housemates after the Sunday night eviction show.

Although this news is yet to be confirmed, lovers of the show had called out the organizers to merge the housemates as they wanted to watch premium drama content rather than switching channels to check up on their favourites.

So far, in the Big Brother Naija Level Up, the level 2 housemates have been the most viewed channel according to reactions on social media.

Many claimed that Level 2 housemates have been serving the audience real content, unlike the level 1 housemates who tried to make unity and relationships their goals.

While waiting for an update on this report, TopNews Naija gathered viewers’ reactions, who were ecstatic about the alleged merging.

iam_omonike wrote: The real game is about to begin fight go plenty, many ship will scatter

che_fav wrote: I repeat !!! Groovy should remain for more drama and content, imagine when both houses would be merged, it will be with him around, yall should leave all these unnecessary sentiments abeg !!!

bibiohioma wrote: I need groovy to stay for maximum vawulence

A few days ago,  Phyna and Amaka were involved in a heated argument that nearly escalated to a nasty fight.

According to Phyna, the argument was stirred by Amaka, who claimed she wanted access into the minds of other Level Up housemates.

Phyna revealed she got scared and made it known to her partner that it was impossible to get into the mind of housemates.

She got irritated by Amaka’s constant talks, stating she is ‘Manipulative’ because she thinks that her thoughts seemed weird and manipulative.