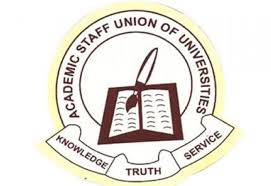 The national industrial court of Nigeria (NICN) has ordered the Academic Staff Union of Universities (ASUU) to call off its ongoing nationwide strike.

Recall that ASUU has been on strike since February 14 to press home the demand for improved funding for universities, a review of salaries for lecturers, among other issues.

Former Governor of the Central Bank of Nigeria (CBN), Lamido Sanusi, has urged the Federal Government and the Academic Staff Union of Universities (ASUU) to resolve the lingering crisis between them.

Sanusi made the call in an interview in New York on the sidelines of a three-day Transforming Education Summit.

The National Industrial Court, NIC, in Abuja, on Friday, refused the request of the federal government to compel the striking Academic Staff Union of University, ASUU, to work pending the determination of the suit challenging the strike.

At a resumed sitting, Counsel to the federal government, James Igwe SAN, requested the court to compel ASUU to resume work pending the determination of the suit.

The National Industrial Court has again adjourned the suit filed by the Federal Government, challenging the ongoing strike by the university lecturers to September 19.

Recall that the court had summoned the FG and the Academic Staff Union of Universities, ASUU, to appear before it on Monday in Abuja over the seven-month-old strike.

Recalls that following the inability of the Federal government to resolve the lingering strike, students on Tuesday blocked the Sagamu Interchange section of the Lagos-Ibadan expressway, demanding an end to the seven months old industrial action.

The Sustainable Peace Team, set up by the Committee of Vice Chancellors of Nigerian Universities (CVCNU) has called for an executive action by the Federal Government to propose to the National Assembly its decision on improved funding to address ASUU/FG impasse.

The former Secretary General, CVCNU, Prof. Michael Faborode, made the call in an advisory paper tagged: ‘ Exploring Alternative Pathways to Amicably Resolving FG/ASUU Impasse” made available to the newsmen on Tuesday in Abuja.