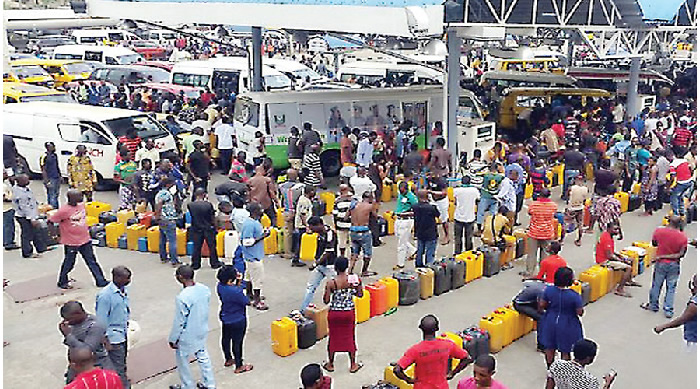 Despite Hubb Stocksman, the managing director of NNPCL Retail, having promised them in December that they would start receiving direct product supply at the government-regulated price of N148 per litre starting this month, the oil marketers operating under the Independent Petroleum Marketers Association of Nigeria claimed they had obtained fuel.

“We have yet to see any product supply. Well, the man (Stockman) has been in Nigeria for some time now and is probably beating us to our game. He’s playing politics and we don’t see the situation abating soonest,” the Chairman of Satellite Depot, IPMAN, Akin Akinrinade said.

This was said by an IPMAN officer on Wednesday as fuel lines grew worse.

Akinrinade stated that as of last Friday, marketers were paying between N235 and N240 per litre for products from the depots, claiming that there was no way they would sell anything for less even within the Lagos metropolitan.

On what could be the lasting solution to fuel scarcity, he advised the Federal Government to revive the refineries to enable local production

Related Topics:FuelNNPCLOil Marketers
Up Next